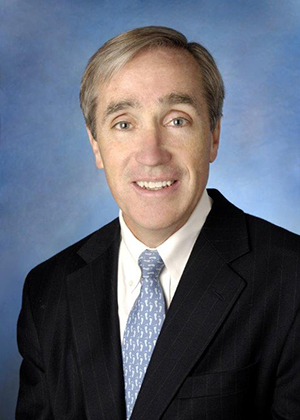 John J. Brennan, chairman emeritus and former chief executive officer of the Vanguard Group, was elected Friday (Oct. 16) chairman of the University of Notre Dame’s Board of Trustees, effective July 1.

Brennan will succeed Richard C. Notebaert, who has served as a member of the Board of Trustees since 1997 and as chairman for the past nine years. Both serve as Fellows of the University — the 12-member body of lay people and priests from the Congregation of Holy Cross who elect the Trustees, adopt and amend the bylaws and are specifically charged with maintaining Notre Dame’s Catholic character.

“As one of the nation’s most respected and trusted business leaders, Jack Brennan’s advice is sought by everyone from heads of state to financial regulators,” said Notre Dame’s president, Rev. John I. Jenkins, C.S.C. “His guidance and generosity have helped Notre Dame immeasurably since he joined the board in 2009. Jack succeeds Dick Notebaert, who as chair presided over a decade of tremendous advancement in Notre Dame’s facilities, benefaction, research capacity and international reach.”

Brennan and his wife, Cathy, have three children — William, Kara and Conor — all of whom are Notre Dame graduates.

“From the first moment we stepped onto campus, we were taken with the mission of the University and the passion and quality of the people,” Brennan said. “Notre Dame is an integral part of our family, and we consider that a tremendous gift. I’m honored to be selected by my fellow Trustees to chair the board of one of the world’s great institutions of higher learning and to follow an outstanding leader like Dick in the role.”

Brennan joined Vanguard in July 1982. Headquartered in Malvern, Pennsylvania, Vanguard is one of the leading investment firms in the world, with current global assets of more than $3 trillion. Brennan was elected president in 1989 and served as chief executive officer from 1996 to 2008 and as chairman of the board from 1998 to 2009.

Brennan has served on numerous boards for both for-profit and not-for-profit organizations, including General Electric Co. and the Financial Industry Regulatory Authority.

A graduate of Dartmouth College, Brennan earned a master’s degree in business administration from the Harvard Business School.

Under Notebaert’s stewardship as board chair, Notre Dame has attracted its most diverse and academically competitive students ever, provided more financial aid and welcomed more low-income students, launched the largest construction program in the University’s history, grown its endowment to record levels and realized historic levels of research funding.

Notre Dame’s Board of Trustees was established in 1967 when governance was transferred from the Congregation of Holy Cross to a two-tiered board of lay and religious Trustees and Fellows. It now numbers 49 voting members.