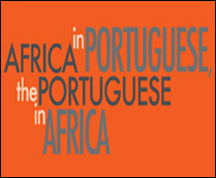 Renowned Portuguese poet, novelist and essayist Helder Macedo will be writer-in-residence at the University of Notre Dame this month and will deliver the keynote addressNation Versus EmpireatAfrica in Portuguese, the Portuguese in Africa: An International Research Conferencebeing held Friday and Saturday (April 18 and 19) in the Universitys Hesburgh Center for International Studies.

The conference will bring speakers from Angola, Brazil, Mozambique, the Netherlands, Portugal, the United Kingdom and the United States to Notre Dame to debate the complexities of Lusophone Africa-Portugal relations in the colonial and the postcolonial contexts, and to discuss the contributions of Lusophone African and Portuguese studies to the field of postcolonial studies.

Angolan writer, poet and film director Ondjaki will present his 2006 documentary film on contemporary urban Angola,Hope the Pitanga Cherries Grow,at 4:15 p.m. Friday. Born in Luanda, Angola, in 1977, Ondjaki has authored 10 books since 2000 and is considered one of Africas most exciting young writers. Following the screening, he will sign copies ofThe WhistlerandGood Morning Comrades,newly released in English.Sponsored by the Hammes Bookstore, the signing will take place at 5:45 p.m. in the Hesburgh Center great hall. On Saturday at 2:15 p.m., Ondjaki will present a paper titledAffective Territories of the Portuguese Language.

The conference aims to give students in Notre Dames Portuguese program opportunities to interact with writers and scholars from around the world, to help disseminate the vitality of Portuguese and Lusophone African studies within the Universitys international and multicultural curriculum, and to foster an understanding of the lessons to be learned from Portuguese-African colonial and postcolonial relations.

For more information and a conference program, please visit:
http://kellogg.nd.edu/projects/FLAD/conference.shtml .