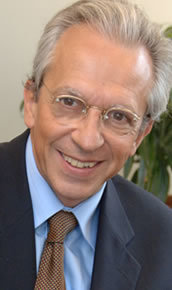 Eduardo Lora, the chief economist and head of research for the Inter-American Development Bank (IDB), will present a lecture titled “The Impact of the Financial Crisis in Latin America” at 6 p.m. Thursday (Sept. 17) in the Hesburgh Center auditorium at the University of Notre Dame.

Sponsored by Notre Dame’s Kellogg Institute for International Studies, the lecture is free and open to the public and will be preceded by a public reception at 5:30 p.m. in the Hesburgh Center’s Great Hall.

A native of Colombia, Lora has served at the IDB in Washington, D.C., as academic coordinator of the bank’s flagship Economic and Social Progress Reports (IPES). Prior to joining the bank in 1996, he served five years as executive director of Fedesarrollo, one of the most important research centers in Latin America.

Lora has written and edited numerous books on economic and social policy issues, including “Técnicas de Medición Económica (Methods of Economic Measurement),” and “The State of State Reform in Latin America,” as well as articles in journals such as World Economy, Journal of Applied Economics, and El Trimestre Económico. His academic and professional awards include the title of Distinguished Alumnus of the London School of Economics, where he earned his master’s degree.