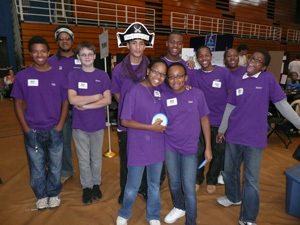 RCLC’s Lego team and the Robinson Shakespeare Center thrive in an environment that emphasizes that exemplary achievement is possible in a collaborative environment built on the tenets of humility, faith and hope.