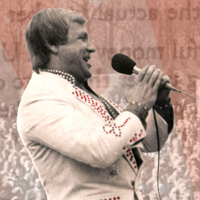 Four University of Notre Dame alumni working in the film industry will return to campus to screen and discuss their work at the annual iNDustry Alliance Alumni Documentary Film Festival, to be held Oct. 1 to 3 (Thursday to Saturday) in the Browning Cinema of Notre Dame’s DeBartolo Performing Arts Center.

The festival is part of the iNDustry Alliance Alumni Filmmaker Series, sponsored by Notre Dame’s Department of Film, Television, and Theatre, the performing arts center, and Alumni Association. The series brings alumni directors, producers, screenwriters and actors back to campus to screen their recent feature films and documentaries.

Screenings are free, but tickets are required. The festival schedule and ticket information are available on the Web at http://performingarts.nd.edu or by visiting or calling the performing arts center box office at 574-631-2800.