Rev. Richard V. Warner, C.S.C. — a Hesburgh Trustee of the University of Notre Dame, former superior general of the Congregation of Holy Cross and longtime University administrator — died Wednesday (Sept. 21) at Holy Cross House in Notre Dame, Indiana. He was 83.

“Father Dick Warner was a consummate priest, a servant-leader in Holy Cross, fiercely loyal to Notre Dame, and he had an abiding love for our students — a love that was richly reciprocated,” Rev. John I. Jenkins, C.S.C., the University’s president, said. “He was to me and many a model, mentor and friend who generously gave his life to the mission of Notre Dame and the Congregation of Holy Cross.”

A native of Cleveland, Father Warner attended the Holy Cross brothers’ St. Edward High School in Lakewood, Ohio, before joining the Congregation of Holy Cross and professing his final vows in 1962, the same year he graduated from Notre Dame.

He studied theology at the Pontifical Catholic University of Chile, earning a bachelor’s degree and a licentiate in sacred theology before being ordained a priest on Dec. 17, 1966. After his ordination he remained in Chile, teaching English and theology and serving in the administration of St. George’s College in Santiago until 1973, when he was appointed steward of the congregation’s Indiana (now United States) Province.

Father Warner was elected provincial superior of the Indiana Province in 1979, serving in that capacity as an ex officio member of the University’s Board of Fellows and Board of Trustees. During this time, he was invited by the National Conference of Catholic Bishops to participate on the committee that drafted “The Challenge of Peace: God’s Promise and Our Response,” an influential articulation of the U.S. bishops’ teachings on war and peace in the midst of the Cold War.

Father Warner served for nine years as provincial superior before being appointed counselor to Notre Dame’s then-president, Rev. Edward A. Malloy, C.S.C. His responsibilities as counselor principally concerned the role of the Congregation of Holy Cross at Notre Dame and the University’s relationship with the Catholic Church. He served in that position until 2003.

In 1987, Notre Dame bestowed an honorary degree on Father Warner, stating, “It is fitting that he receive his alma mater’s accolade in this 150th anniversary year of the religious family which he has led with such insight and wisdom.”

From 1989 to 2010, Father Warner served as director of Notre Dame’s Office of Campus Ministry, which promotes, encourages and engages all aspects of faith life on campus. He also served as chair of the board of directors of South Bend’s Center for the Homeless as well as for Memorial Health Systems, and served on the board of regents of the University of Portland.

Father Warner was elected the 12th superior general of the Congregation of Holy Cross in 2010. In that role for six years, he devoted his administration to structural and spiritual renewal of a religious order of some 1,500 priests and brothers living and working in 16 countries on five continents. Among the most conspicuous projects during his term was the establishment of the International Shrine of Blessed Basil Moreau at the Church of Notre-Dame de Sainte-Croix in Le Mans, France, and the rebuilding of churches, schools and other institutions after the devastating 2010 earthquake in Haiti. He also broadened the involvement and participation of all sectors in the congregation’s governance, organized three Holy Cross Forums in Rome for the order’s young brothers and priests, and presided over the renovation of the Holy Cross Generalate, the congregation’s international headquarters in Rome.

Father Warner is survived by his sister Joanne M. Warner.

A funeral Mass for Father Warner will be celebrated at 3:30 p.m. Tuesday (Sept. 27), preceded by a wake at 2 p.m., both in the Basilica of the Sacred Heart at Notre Dame. 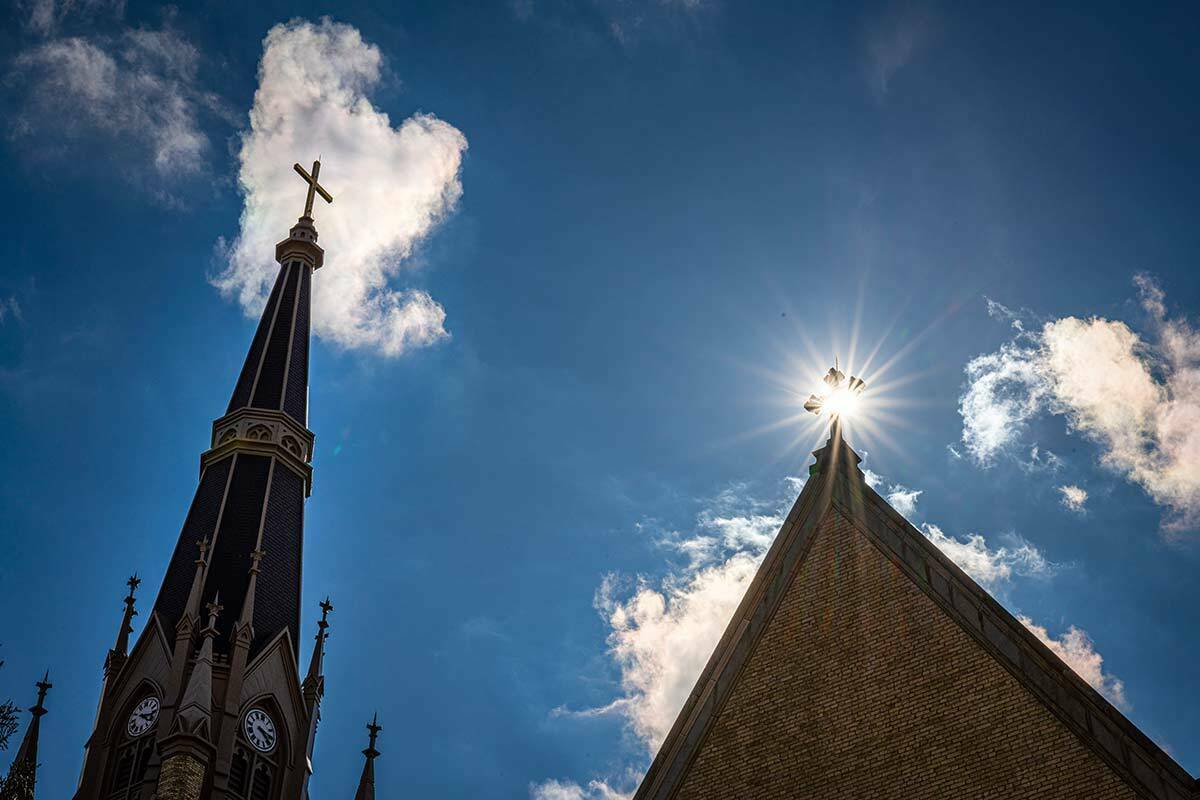