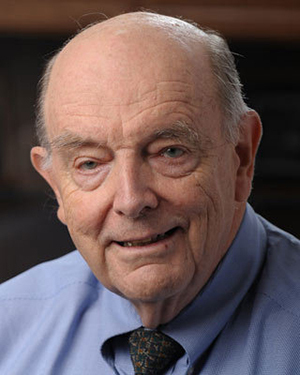 A New York City native, Rodes studied at Middlebury College and was graduated from Brown University in 1947 before serving in the U.S. Navy for two years. He earned a law degree from Harvard Law School in 1952 and was admitted to the Massachusetts Bar the following year. He worked in the legal department of Liberty Mutual Insurance Company from 1952 to 1954, before joining the law faculty at Rutgers University for two years during which he spent his summers serving as clerk in the New Jersey Superior Court. In 1956, he joined the Notre Dame faculty, where he has remained ever since, teaching and writing in the areas of administrative law, civil procedure, ethics, jurisprudence, law and theology, legal history and welfare legislation. He was a member of the Catholic Commission on Intellectual and Cultural Affairs.

“The many of us who loved him, loved him for his character as much as for his extensive and superb scholarship,” said Nell Jessup Newton, dean of the Notre Dame Law School. “Bob was an essential part of Notre Dame Law School for more than 50 years. Though he retired earlier this year, he remained as intellectually vigorous and engaged as ever, most recently working on final touches of a book manuscript.”

Dean Newton joined many of Rodes’ other Notre Dame colleagues who affectionately remembered him in the Law School’s announcement of his death.