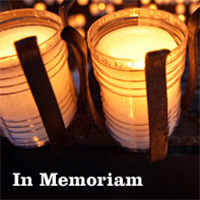 Jeremiah P. Freeman, professor emeritus of chemistry and biochemistry at the University of Notre Dame, died Feb. 14 (Friday) after a brief illness. He was 84.

A native of Detroit and a graduate of Detroit Catholic Central High School, Freeman began a lifelong career in chemistry while working in his father’s drugstore and discovering that he could obtain a wide variety of chemicals from the store’s suppliers.

He continued his study of chemistry as an undergraduate student at Notre Dame, from which he graduated in 1950, and he earned master’s and doctoral degrees in organic chemistry at the University of Illinois in 1951 and 1953, respectively.

It was also at the University of Illinois where Freeman he met and married his wife, Mary (Mifflin) Freeman, who survives him. In 1953, the Freemans moved to Huntsville, Ala., where Jeremiah took a position at the Redstone Arsenal Research Division of Rohm and Haas Co., working there until 1964, when he took a leave of absence to fill a temporary teaching position at Notre Dame. That position soon became permanent, and Freeman began a 31-year career on Notre Dame’s organic chemistry faculty.

While at Notre Dame, Freeman served as assistant chair and chairman of the chemistry department from 1965 to 1979 and as associate dean of the College of Science from 1988 to 1991. He also was an Alfred P. Sloan Fellow from 1966 to 1968 and served as secretary-treasurer, and later chairman, of the Organic Division of the American Chemical Society from 1969 to 1975.

Accomplished as a researcher and a widely published scholar of organic nitrogen compounds, particularly those containing nitrogen in intermediate oxidation states, Freeman derived his professional satisfaction principally from undergraduate teaching, for which he received numerous prestigious University awards, including the Shilts-Leonard Teaching Award.

He maintained warm friendships with many of his former students long after his retirement from teaching in 1995, and continued his chemistry research until 2004.

A memorial Mass will be celebrated at noon March 15 (Saturday) at Little Flower Catholic Church in South Bend. The family has asked that instead of flowers, memorial donations be made to the Center for Hospice Care, 111 Sunnybrook Court, South Bend, IN 46637.