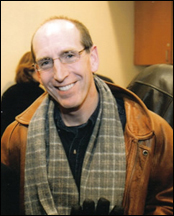 Just as words and phrases surrounding Notre Dame offer the Universitys faculty, staff and students certain identities, such asDomersor Catholics, the language used to describe other groups of people creates a legacy and understanding that may define who they are and even how they understand themselves.

The concept is more than just rhetoric to John Duffy, associate professor of English at Notre Dame and Francis OMalley Director of the University Writing Program.He is researching the way rhetoric shapes identity and position in the world.

Co-editor ofTowards a Rhetoric of Everyday Life,Duffy recently published a new book titledWriting from these Roots: The Historical Development of Literacy in a Hmong-American Community,and is embarking on a new projectthe rhetoric of autism.

The rhetoric used to describe autism has evolved since the disorder was diagnosed in the 1940s,he said.In the beginning, it was very much a kind of clinical, medical rhetoric, and the people to whom it was applied lived within those parameters.Publications on autism, not consciously, but collectively, have used labels, such as strangers,aliensand outsidersto describe those with the disorder who display impairments in social interaction and communication, and restricted and repetitive behavior.

What really has sparked my interest involves the increasing number of self-identified autistic adults who are now writing about themselves and their own experiences,he explained.What I noticed in reading some of their books was that their representations of autism and the kinds of identities they formulate for themselves are radically, fundamentally different from those of the so-called professionals who were creating these identities earlier and who were so important in establishing the kind of legacy and understanding of what it means to have autism.

In the bookSongs of the Gorilla Nation: My Journey Through Autism,author Dawn Prince-Hughes offers a description of autism that intrigues Duffy.

Its a striking and beautiful metaphor,he said.She says that autism for her is like a pane of liquid glass with holes through which you can pass, but the holes are moving, so you can get through but you might not be able to get back, or you may see them and think youll be able to get through, but then you cant.

When I read that, I understood that autism was much more complicated than the very simplistic ideas of an empty fortress,a wall,a siege,a strangeror an alien,he said.Many of those with autism are more interested in bridging the gap than about dividing and separating.

In the beginning stages of his research, Duffy is conducting a historical study of Autism Advocate, a publication from the American Autism Society, which first was printed in the 1960s.Hes analyzing the language used in the past few decades to represent autism.

Duffy also has a personal stake in this project.His 18-year-old son has autism, and he feels the language used over the past few decades to describe those with the life-long developmental disability doesnt accurately represent people with autism, including his son.He likens his sons challenges to the opposite meaning of the phraseout of the blue,meaning unexpected, out of sequence or perhaps inappropriate.

Autism strikes me as being deeply and profoundly in the blue,by which I mean a condition that rearranges conventional expectations of order, sequence and appropriateness.Yes, autism is different, but its strengths and weaknesses are not all expressed in difference alone.

Also interested in the rhetoric of immigrants (such as Laotian Hmong refugees), women, urban children, and others who long have been on the margins of civic life and political forums, Duffy wants to know how these individuals learn to read and write, or, more specifically, what rhetoric is guiding their literacy.