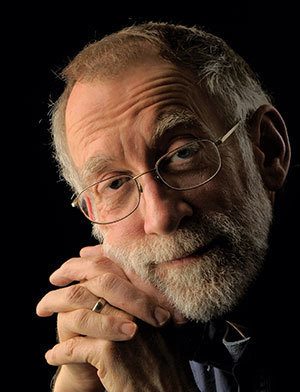 Howard Zehr, Distinguished Professor of Restorative Justice at the Center for Justice and Peacebuilding at Eastern Mennonite University who is widely known as “the grandfather of restorative justice,” will speak at 12:30 p.m. Tuesday (April 8) in the Geddes Hall Coffee House. His presentation is titled, “Dream or vision? Restorative justice in the decade ahead.” The talk is free and open to the public.

Zehr began as a practitioner and theorist in restorative justice in the late 1970s at the foundational stage of the field. He has led hundreds of events in more than 25 countries and 35 states, including trainings and consultations on restorative justice, victim-offender conferencing, judicial reform and other criminal justice matters. His impact has been especially significant in the United States, Brazil, Japan, Jamaica, Northern Ireland, Britain, the Ukraine and New Zealand, a country that has restructured its juvenile justice system into a family-focused, restorative approach.

A prolific writer and editor, speaker, educator and photojournalist, Zehr actively mentors other leaders in the field. More than 1,000 people have taken Zehr-taught courses and intensive workshops in restorative justice, many of whom lead their own restorative justice-focused organizations.

Zehr was an early advocate of making the needs of victims central to the practice of restorative justice. A core theme in his work is respect for the dignity of all peoples.

From 2008-2011, he served on the Victims Advisory Group of the U.S. Sentencing Commission. In 2013, Zehr stepped away from active classroom teaching and became co-director, with Dr. Carl Stauffer, of the new Zehr Institute for Restorative Justice.