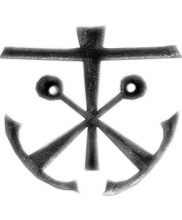 Mass for the Feast of Our Lady of Sorrows, patroness of Holy Cross priests, brothers and sisters, will be celebrated at 5:15 p.m. Tuesday (Sept. 15) in the University of Notre Dame’s Basilica of the Sacred Heart.

Rev. David Tyson, C.S.C., provincial superior of the Indiana Province of the Congregation of Holy Cross, will be the presiding celebrant and homilist for the Mass, at which Holy Cross seminarians will be the altar servers. Sacred music will be provided by the Notre Dame Liturgical Choir.

Four other celebrations of particular significance to the Congregation of Holy Cross will be observed with special Masses during the 2009-10 academic year. Each of the Masses, to which the public is invited, will be celebrated at 5:15 p.m. in the Basilica.

The Congregation of Holy Cross was in its infancy in 1842 when Blessed Basil Moreau sent Father Sorin and seven Holy Cross brothers to the Indiana frontier, where they founded the University of Notre Dame. Today, the congregation includes some 2,000 priests, brothers and seminarians working in 15 countries on five continents throughout the world. Throughout its history, members of the congregation have ministered to the University’s students and staff and served prominently in its administration and faculty.