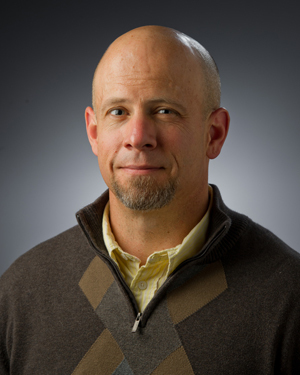 His two books thus far have explored American tales of wolves, bears, mountain men and the truths behind myths.

Now, University of Notre Dame History Professor Jon T. Coleman has been awarded a John Simon Guggenheim Memorial Foundation fellowship to work on an environmental history of movement in America before the widespread use of automobiles and airplanes.

“I’m interested in how travel and migration interacted with other natural movements like seasonal cycles of plant growth — such as grass to feed beasts of burden — and hydrological and weather cycles that influenced river flows and wind patterns for sailing,” Coleman says.

He plans to use his fellowship to conduct research for a book that will focus on the years between the American Revolution and the Civil War, or roughly 1783 to 1860. 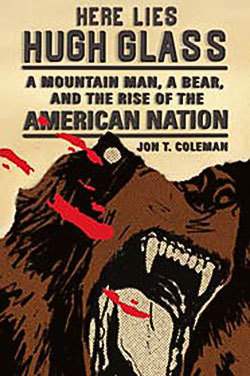 In 2012, he published “Here Lies Hugh Glass: A Mountain Man, A Bear and the Rise of the American Nation” (Hill and Wang). The book examines the story and times of Glass, who in 1823 was left for dead in the wilderness of South Dakota after being mauled by a bear, only to crawl back to civilization.

Glass vowed revenge on those who abandoned him — a revenge that never happened. Instead, his legend grew to be recalled as an ultimate wilderness adventure that Coleman says still resonates.

“Like my other books, this new one will deal with animals a lot,” he says. “But I want to integrate animals into larger natural histories of grass, water and wind.”

The historian’s environmental work is also not just about the past, he notes. “I definitely want this project to get people thinking about how they move today.”

“I hope to finish my updating and revisions over the next couple months, then I’ll turn it over to John. While he has the manuscript, I will get going on the movement project.”

The Guggenheim, Coleman says, “gives me the amazing opportunity to focus all my time over the next year on this project, and I will be traveling to archives across the country to gather material.”

Coleman is the second Notre Dame historian in as many years to receive Guggenheim funding. Olivia Remie Constable, professor of history and director of the College of Arts and Letters’ Medieval Institute, was awarded a Guggenheim fellowship in 2012 for her book project “Christian Perceptions of Muslim Identity in Medieval Spain.”

Originally published by Mike Danahey at al.nd.edu on June 7, 2013.