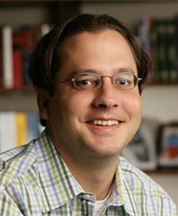 In an article published in UCLA Law Review, Alex Camacho, associate professor of law at the University of Notre Dame Law School, criticizes Congress and the U.S. Fish and Wildlife Service for mismanagement of the Habitat Conservation Plan (HCP) program under the Endangered Species Act (ESA). The article is the first comprehensive assessment of what Camacho calls apioneering but ultimately defective program.

Camacho contends that regulatory agencies like the U.S. Fish and Wildlife Service fail to systematically review the effectiveness of their programs and therefore do not have the information necessary to know what works and what doesnt.

He says these agencies would benefit greatly by incorporating an experimental approach to regulation:try a course of action, gather data and assess the programs effectiveness, adjust the approach based on the information gathered, and continue to monitor and adapt throughout the life of the program.Such an approach is particularly crucial when there is substantial uncertainty regarding the best regulatory approach for an agency to takea fairly common condition in environmental regulation.

The ESA should be periodically and methodically evaluated to determine if it is advancing the public goals it was proposed to cultivate,Camacho said.Though the ESA has been modified several times since its original adoption in 1973, neither Congress nor the Fish and Wildlife Service has really bothered with rigorous analysis of its efficacy.

Camacho points to the Habitat Conservation Plan of the ESA as a promising regulatory innovation for its stated goal of saving endangered species via negotiated agreements between private landowners and the federal government rather than by government mandate alone.

Though these agreements may have promise for addressing conflicts over species conservation and economic development,he said,with few exceptions they are adopted with little participation from the public or independent scientists. This too often produces risky regulatory approvals that lack basic yet vital information.

The agreement remains in effect despite a 50 percent decline in endangered spotted owls attributable to an alarming influx of invasive barred owlsa contingency unforeseen during agreement approval,he said.With monitoring and adaptation, this could be prevented.

Camacho added:The ESA has failed to harness the potential for regulatory learning that exists for every regulatory program. Such adaptive regulation would allow enacted laws, Congress, and administrative agencies to actually be judged on their performance and be held accountable for outcomes, not just intentions.

A member of the Notre Dame faculty since 2005, Camacho earned law degrees from Harvard Law School and Georgetown University. He specializes in the study of regulatory innovation in environmental, land use, and local government law.