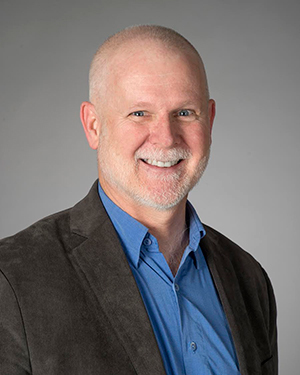 The John Simon Guggenheim Memorial Foundation has awarded two of its prestigious 2016 fellowships to faculty in the University of Notre Dame’s College of Arts and Letters.

The fellowships, which fund a diverse group scholars, artists and scientists, will go to Anjan Chakravartty, a professor in the Department of Philosophy, and Stephen Fallon, the Rev. John J. Cavanaugh, C.S.C., Professor of the Humanities in the Program of Liberal Studies and the Department of English.

They were among the 175 scholars awarded fellowships from a pool of more than 3,000 applicants in the foundation’s 92nd year. Arts and Letters faculty have won 17 Guggenheim fellowships in the past 16 years.

“The Guggenheim is one of the world’s most prestigious and competitive fellowships,” said John McGreevy, I.A. O’Shaughnessy Dean of the College of Arts and Letters. “We’re thrilled that Anjan and Stephen have continued our strong tradition of excellence with these awards.”

Fallon will use his fellowship to complete a comparative study of what happens when the poet and theologian John Milton and the scientist and theologian Isaac Newton — towering figures in 17th-century England — address some of the world’s biggest questions and come up with parallel answers.

His book, tentatively titled “Milton, Newton, and the Making of a Modern World,” will argue that the two thinkers, who never met, came to strikingly similar conclusions about the nature of the world and its relation to God.

“Milton and Newton considered themselves prophets, in the literal sense,” Fallon said. “Both argue that all matter, from stones to souls, is alive. This vitalist, alchemical conception connected to their unorthodox position on the Son of God.”

Their revolutionary thinking, Fallon argues, had influence on later writers and scientists — and through them, on our understanding of the world. 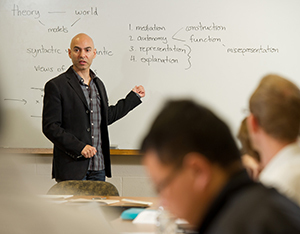 Chakravartty, who directs the Reilly Center for Science, Technology and Values, will explore how people should think about the rationality of their beliefs in the face of disagreement among experts.

When scientists, for example, interpret data in different ways and form different understandings of the natural world as a result, he said, it raises questions about how and whether such disagreements can be resolved. In some cases, these questions have consequences for how we think about making policy on the basis of our best science.

“I want to understand what it is rational to do in the face of this kind of disagreement,” Chakravartty said. “If two people disagree, should they stick to their guns? Or be conciliatory and adjust their beliefs accordingly? Non-experts also face the challenge of deciding how to interpret these disagreements and form their own opinions.”

Fallon and Chakravartty both said they are honored and humbled by the awards.

“I’m thrilled and grateful for the Guggenheim fellowship,” Fallon said, “which will give me the precious resource of time to focus on work that I hope will benefit my students here at Notre Dame and the larger scholarly community.”

Chakravartty said, “It’s a wonderful recognition, which I think all of us know comes along with an understanding that a great deal of support from a great many people goes into getting to this place. It feels pretty darn good.”