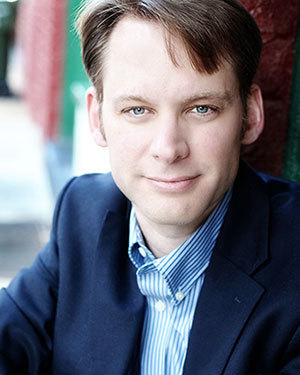 Grant Mudge, formerly artistic director for Richmond Shakespeare, has been named the Ryan Producing Artistic Director of the Notre Dame Shakespeare Festival (NDSF), according to Peter Holland, associate dean for the arts in the College of Arts and Letters at the University of Notre Dame.

“We chose Grant after an extensive national search,” Holland said. “His success in building the Richmond Shakespeare Festival shows that he has the track record and the talent to help us take the Notre Dame Shakespeare Festival forward to an ever more exciting future.”

Mudge succeeds Jay Paul Skelton, who departs after the conclusion of the 2012 season of the Festival to pursue a research degree in England.

“Grant is exactly the right person to bring the Notre Dame Shakespeare Festival to the next level,” said Skelton, who also served as an assistant professor in the Department of Film, Television, and Theatre at Notre Dame. “We’ve built a wonderful home for world-class productions, including conservatory training for students from across the country, and extensive outreach programs within our many communities. It’s certainly difficult to leave, but Grant will bring new and exciting energy to the organization.”

Mudge brings more than 15 years of experience with Richmond Shakespeare, for which he has produced, directed and/or appeared in 50 productions and more than 2,100 performances. Grant holds a bachelor’s degree in English and theater arts from the University of Richmond. He will begin his tenure as the Ryan Producing Artistic Director at the end of the 2012 NDSF season.