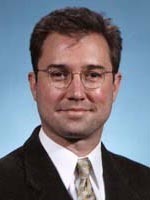 Robert E. Norton, professor of German and chair of the Department of German and Russian Languages and Literatures at the University of Notre Dame, has been elected to a two-year term as president of the International Herder Society (IHS).

Founded in 1985 in Monterey, Calif., by scholars from various disciplines at U.S. universities, the IHS seeks to promote the interdisciplinary study of all aspects of the work, life and era of Johann Gottfried Herder (1744-1803), one of the most influential personalities of 18th century German intellectual history. The society is open to scholars from all countries and all disciplines.

Norton’s engagement with the thought and influence of Herder began with his dissertation on his aesthetic philosophy in the context of the European Enlightenment, which he wrote under the direction of Professor Walter Hinderer at Princeton University.Since then, Norton has published numerous articles and given many public lectures on Herder, most recently in Weimar, Germany, in August.

The IHS includes some 140 members worldwide who maintain close contact with other organizations such as the American Society for Eighteenth-Century Studies, the Lessing Society, the Goethe Society and the Deutsche Gesellschaft f¸r die Erforschung des 18. Jahrhunderts.

As president, Norton will organize the society’s 11th biennial international conference at Notre Dame in 2010.