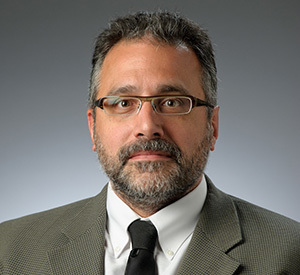 Scientists have found a key indicator in determining whether the presence of carbon, found in the Earth’s mantle, is derived from continental crust – a step toward better understanding the history of crustal formation on Earth’s surface and the rate at which tectonic plates have moved throughout geologic time, which can be linked to the cooling of Earth’s mantle.

Results of a new study published in the journal Nature Geoscience show evidence of varying ratios of boron isotopes in igneous rocks, known as carbonatites, of different ages. The research was led by Antonio Simonetti, associate professor in the Department of Civil and Environmental Engineering and Earth Sciences at the University of Notre Dame.

Three theories exist regarding the source of carbon found within the Earth’s mantle: It is of primordial origin, formed during the creation of the planet 4.56 billion years ago; it is a result of planetary collision; or it had been present in marine environments or continental crust, and recycled back into the mantle in areas of subduction, where tectonic plates shifted, one diving beneath the other.

“Our most important finding is that the Boron isotope ratios are highly variable, indicating that the source of carbon within the mantle changed with geological time on Earth,” Simonetti said. Studying the ratios of boron isotopes within carbonatites, researchers are closer to determining which hypothesis applies to specific moments in geological time.

“During the past 4.56 billion years, the subduction rate has varied,” said Simonetti. “Early on, during the first 2 billion years or so, Earth’s mantle was much hotter than it is today, so when subduction did occur, the diving plate did not penetrate as deep into the mantle as it does today because of the higher temperature. During the last 2 billion years or so, a cooler mantle has allowed the subducting plate to dive deeper into the mantle and provide the opportunity to store recycled crustal materials at greater depths, and possibly all the way down to the core-mantle boundary.”

This preliminary investigation into the boron isotope compositions of carbonatites from significant periods in Earth’s history allows Simonetti and his team to monitor long-term temporal variations — creating a clearer picture of crustal formation over time, with the potential to go as far back as several billion years.

The study was co-authored by Samuel R.W. Hulett in the Department of Civil and Environmental Engineering and Earth Sciences at Notre Dame, E. Troy Rasbury of Stony Brook University N. Gary Hemming of Queens College — CUNY. It appears in Nature Geoscience.

Econometrics researcher’s calculations illustrate why we should social distance