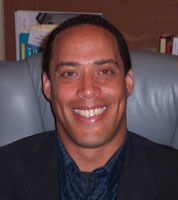 As part of its Violence Prevention Initiative, the University of Notre Dame‘s Gender Relations Center (GRC) will host “Now is the Time: Festival on the Quad” Friday (April 24) from 3 to 8 p.m. on Notre Dame’s South Quad in celebration of the center’s commitment to overcome sexual and gender violence.

The festival will be highlighted by a keynote address by College Football Hall of Famer Donald McPherson, who will present a talk titled “You Throw Like a Girl” at 6 p.m. (In the event of inclement weather, the talk will be held in the Jordan Auditorium of the Mendoza College of Business.)

A veteran of the NFL and CFL, McPherson was the quarterback and captain of the undefeated 1987 Syracuse University football team, a runner up for the Heisman Trophy and was inducted into the College Football Hall of Fame in 2008. For more than 20 years he has used the power and appeal of sport to address complex social issues and is a national leader and advocate for the prevention of sexual and domestic violence.

Other planned events, all of which are free and open to the public, are:

Established in 2004, the GRC educates on the impact of the social construction of gender and encourages students to explore issues of equality, personal identity and relationship development. Committed to fostering the spiritual, emotional and intellectual development of all students, the GRC—through signature programs and training about gender related issues—facilitates respectful dialogue where women and men can share their unique experiences and participate in building a community which fully honors the human dignity of each member as a creature of God.