The University of Notre Dame Alumni Association this week announced the recipients of three of its annual awards.

Dr. Peter J. Daly and Rev. Thomas Streit, C.S.C., both will receive the Dr. Thomas A. Dooley Award, which is conferred on graduates who have exhibited outstanding service to humankind.

The William D. Reynolds Award, which is given to an alumnus or alumna doing exceptional work with youth for the betterment of the quality of life, will be presented to Karen Gunter.

And Gita Pullapilly will be honored with the Rev. Anthony J. Lauck Award, which is given to a graduate for outstanding accomplishments or achievements as a practicing artist.

Gunter and Pullapilly will accept their awards during the winter meeting of the Alumni Association Board of Directors on Jan. 15, while Daly and Father Streit will be honored later this year.

The Dr. Thomas A. Dooley Award 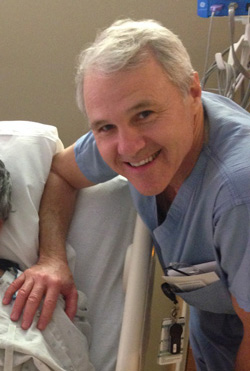 Daly will receive the Dooley award for his dedication to providing medical care for the poor in Honduras.

After graduating from Notre Dame in 1982, Daly received his medical degree from Mayo Medical School in Rochester, Minnesota, followed by an orthopedic surgical residency at Mayo Clinic. He completed a shoulder fellowship at Harvard University in 1992, and then joined a private practice in St. Paul, Minnesota.

Daly’s desire to provide care for the needy began in 1994 as a volunteer orthopedic surgeon for St. Mary’s Free Health Clinics in Minneapolis/St. Paul. Since 2001, his main work has been in addressing the public health disparity of surgical disease burden in global health. Serving initially with Orthopedics Overseas in St. Lucia, West Indies, he subsequently combined his desire to serve with his family and still apply his skills as an orthopedic surgeon by founding a new surgery center on the grounds of a Catholic orphanage in Honduras.

Beginning in 2003, Daly built, equipped and staffed the Holy Family Surgery Center, a first-world, state-of-the-art surgical facility whose only mission is to address surgical global health disparities for the poor. Since its opening in 2008, the facility has provided more than 12,000 consultations and 1,700 surgeries to those who would never have experienced healing otherwise.

“I humbly accept this honor on behalf of my family, and the poor we serve. We need them more than they need us,” Daly said. 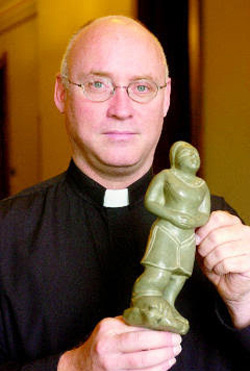 Meanwhile, Father Streit, the founder of Notre Dame’s Haiti Program, will be presented with this award for his tireless efforts in the fight against lymphatic filariasis (LF), the cause of elephantiasis and a leading cause of disability worldwide.

Father Streit was ordained a Holy Cross priest in 1986. In 1994, he earned his doctorate from Notre Dame in vector biology and arbovirology. He has served as a member of Notre Dame’s faculty since 1997.

Father Streit has been working in Haiti since 1993, studying the transmission of the exotic parasite Wuchereria bancrofti, which causes LF. Following the World Health Assembly’s placement of LF on a short list of diseases slated for elimination, in 1999 the Bill & Melinda Gates Foundation awarded its first LF grant to Father Streit to help a collaborative group including the Haitian government, Holy Cross Hospital and the federal Centers for Disease Control and Prevention build capacity for, and study the efficacy of, various elimination strategies for LF in Haiti. The steps involved in eliminating LF as a public health problem are varied and multidisciplinary; efforts have focused on the development of an infrastructure and the technical capacity to stop transmission by 2020.

He also has been involved in Haiti and the Dominican Republic on work regarding transmission and the epidemiology of malaria, dengue and Chikungunya viruses, leprosy and Helicobacter pylori gastritis.

“The Dooley award has always meant much to me not just because of the great hero in whose honor it is named and the lore of its recipients, but because it is awarded by the Alumni Association of Our Lady’s University!” Father Streit said. “For me, to be acknowledged in this way is tremendously encouraging for the work that so many alums are doing in Haiti. That I was the one that planted the UND flag there two decades ago is incidental to that hundreds of folks are supporting the poor one way or another.” 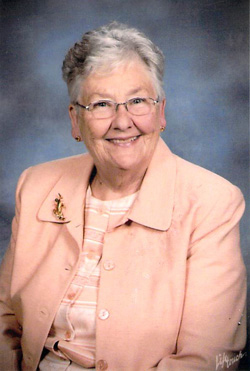 Gunter will be presented with this honor for her steadfast support of impoverished children.

Gunter received her diploma in nursing from Evanston Hospital School of Nursing and her bachelor’s degree from Saint Mary-of-the-Woods before earning a master’s degree in health care administration from Notre Dame in 1979. She began her nursing career at Memorial Hospital in South Bend, where she eventually held several top administrative roles. She left Memorial for Chicago, where she became the president of Concerned Care, a pediatric home care company, and then Melmedica Pediatric Home Care Co.

In 1999, Gunter’s passion for serving disadvantaged children inspired her to co-found Kid Care International, a nonprofit organization dedicated to providing nutrition, education and basic health care for children throughout the world. Over the last 16 years, Kid Care International has enriched the lives of children in impoverished areas of Tanzania, South Africa and other countries.

“I am thankful for this award and to be recognized by my Notre Dame family, fellow alumni, and for those who have accomplished so much before me,” Gunter said. “I hope by my receiving this recognition, other graduates of Notre Dame will say to themselves, ‘If she can do it, so can I.’

“It doesn’t take a special person to accomplish what I’ve done and for which I am receiving this award. It only takes a simple yes when called. The rest is in the hands of our Lord. He set my feet on the path to help the children and has provided everything needed to be successful. The journey continues to be wonderful and I strongly urge the students and faculty to listen for the call to service, say yes, and experience an unbelievable joy.” 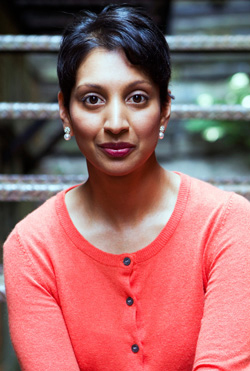 Pullapilly will receive this award in recognition of her distinguished work as a director, writer and producer.

After graduating from Notre Dame in 1999 with a degree in finance, Pullapilly earned a master’s degree from the Medill School of Journalism at Northwestern University. She worked as a local news broadcaster before transitioning into a career as a filmmaker.

In 2009, Pullapilly co-wrote and produced the Emmy-nominated documentary, “The Way We Get By,” a heartfelt story about three senior citizens finding purpose in their lives. In 2014, she made her directorial debut with “Beneath the Harvest Sky,” which earned her a spot on Variety’s list of “10 Directors to Watch.” Pullapilly was awarded the prestigious Guggenheim fellowship for her work as a filmmaker in 2015.

In addition to her entertainment career, Pullapilly founded The Center for International Training, Education and Development Inc., a nonprofit organization focused on training aid organizations in developing countries on how to champion and prioritize social issues with the media. Currently, she is working on two projects in Kenya and India focusing on cancer and women’s rights initiatives.

“Rev. Lauck was an artist that devoted his life to his creative work and his faith,” Pullapilly said. “As a filmmaker, I strive to find ways to tell stories of social relevance that will resonate with those from all walks of life. When I was a student at Notre Dame, I spent much time reflecting upon my life in front of many of Rev. Lauck’s creations — his stained-glassed windows and statues around campus. I am incredibly humbled to be able to receive this honor now in his name.”