Four faculty members in the University of Notre Dame’s College of Arts and Letters have been awarded 2017 fellowships from the American Council of Learned Societies.

The pre-eminent representative of American scholarship in the humanities and social sciences, the ACLS offers up to a year of funding for in-depth exploration of a topic that expands the understanding of the human experience.

Three historians — Mariana Candido, Deborah Tor and Evan Ragland — were among the 71 ACLS fellows selected from a pool of nearly 1,200 applicants. Katherine Brading, a professor of philosophy, is a member of one of nine teams to win a collaborative research fellowship.

The awards continue a string of major successes for Notre Dame’s Department of History in the past year — including three faculty members receiving National Endowment for the Humanities fellowships and six graduate students winning Fulbright awards.

“It’s extremely gratifying to see our department being honored by our peers,” said Patrick Griffin, the Madden-Hennebry Professor of History and chair of the department. “We have made a point of hiring ambitious scholars, encouraging them to do the best work they can and providing an intellectual community that can foster this kind of achievement. We’re poised to take off as a top-notch department, and these awards are harbingers of that potential.”

Candido, whose research focuses on west-central Africa during the transatlantic slave trade, will study accounts of African women who accumulated wealth during the 19th century. Tor, a scholar of medieval Islamic history, will write about the Seljuq Dynasty, which reshaped Islamic society in the 11th and 12th centuries. Ragland, who studies the history of science and medicine, will explore how experimentation first became integral to the practice of science in the 17th century.

Brading will work with Marius Stan of Boston College on a project assessing the parting of the ways between philosophers and physicists during the Enlightenment. 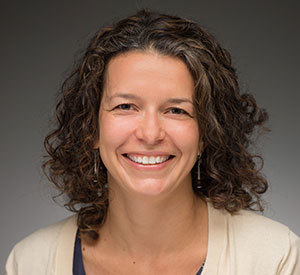 While the South Atlantic slave trade legally ended in 1850, people from southwestern Africa were still bought and sold for another 15 years as European and North American demand for cotton, ivory, rubber and sugarcane continued. As slave plantations formed in west-central Africa, in the modern country of Angola, the dynamic of wealth and power in the region shifted.

Candido, an associate professor of history, will spend her fellowship year examining the region’s economic and social histories, especially how women accumulated wealth during the 19th century.

It has long been thought that African women weren’t able to own and bequeath land during the era, but Candido has found documents indicating many women became quite wealthy.

“I have located of records of women buying land in the 19th century — and donating land to other women,” Candido said. “I find that a little bit surprising, because previous scholarship suggests that land was not privatized before the end of the 19th century, and African women never had access to land ownership.”

Even more curious, Candido said, is that the dynamic somehow later changed during the 20th century to limit or eliminate the ability of women to own land and accumulate wealth.

“What happened to them? Why were they so powerful in the 19th century and not now?” she said. “This is important because it will be a contribution to the scholarship not only on Angolan history and African history but Atlantic history as well, and allow me to examine how the gendered nature of economics changes.” 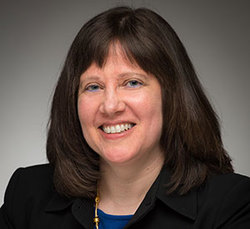 The Seljuq Dynasty, which began in 1040 and extended from Syria to Central Asia, fundamentally changed the religious, social and political institutions of Islamic society over about 150 years, but little is known about the period, especially after 1092.

That’s partly because few scholars were able to read texts written in both Persian and Arabic, and those texts used flowery metaphors that were difficult to understand.

Tor, an associate professor of history, will use her fellowship year to study those texts and write a book about the period.

“These complex medieval sources take a lot of time to work with,” she said. “When you get a source, you have to translate it, understand it and cite it.”

Tor, whose research on the Seljuq Dynasty has also won support from the Institute for Advanced Study and the National Endowment for the Humanities, will use a thematic approach to explore different issues that arise during that period. The Seljuqs conquered Islam’s caliphs, who had served as both political and religious rulers. The Seljuqs named themselves sultans and widened the chasm between political and religious power and authority.

“The Seljuqs were the first Sunnis to conquer Baghdad and rule over the caliph, keeping them holed up in their palaces,” Tor said. “They called themselves ‘the authority,’ and fundamentally changed the relationship between Sunni ruling powers and the caliph.”

The dynasty also co-opted the Sunni clerics into the structures of government, essentially subordinating the once-independent religious clerics and making them subservient to the rulers. This is an aspect of Islam that persists today, with organizations such as al-Qaida and ISIS pushing to restore not only a caliphate, but also an independent clerisy. 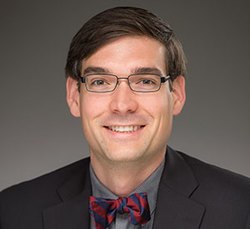 During the 17th century at Leiden University in the Netherlands, a new culture rooted in experimentalism sprouted. This experimentalist culture, along with and medical investigators elsewhere, formed a significant and increasingly widespread force for the development of experimental practices.

“I want to understand how experimentation came to be so widespread and came to be a norm of science,” said Ragland, an assistant professor of history who will spend his fellowship creating a monograph of the period. “There are deep roots to this, and we have universities of the time teaching hundreds of students to do this.”

Created by professors and students alike, the new experimenting culture saw friendships formed and fall apart over credit for findings and accusations over errors or malfeasance.

“It’s a really productive time, a really violent time,” he said. “It’s really messy. It gives us a different picture of experimentalist culture than we’re used to looking at.”

Most historians of science have assumed that universities had little to do with the origination and spread of experimentation, concentrating instead on the new scientific societies. Ragland said the fellowship time will allow for thorough research and writing about a critical time in the evolution of science.

“It’s going to give me a chance to bring in new and exciting material I’ve been itching to include,” he said. 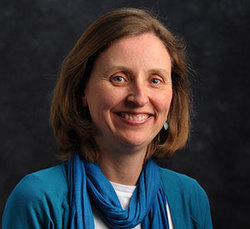 In the 17th century, there was no distinction between physics and philosophy. Philosophers worked on questions about what soil was made from, the nature of planets and elements and how it all related to God.

Sometime in the 18th century, however, that changed and the disciplines drifted apart, but it’s unclear why. That’s the question Brading will explore during her fellowship.

“When did the split occur, and why? Was it for philosophical reasons? Was it social or political?” she said.

Brading knows that the split hadn’t happened by 1740, so she will continue to explore documents from thinkers of the time. But she laments that it happened at all, since her work tends to look at questions of physics and philosophy as dependent on each other, rather than as independent fields of enquiry to be pursued in separate departments of a university.

“I’m trying to write the book I wish I’d found on the shelf when I was an undergraduate where physics and philosophy never came apart,” Brading said.