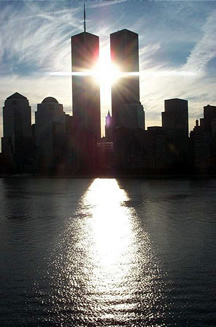 The approach of the fifth anniversary of the terrorist attacks of Sept. 11 has led many Notre Dame faculty members to think aloud about those terrible events.Here is what some of them have to say:

Asma Afsaruddin, associate professor of the classics and fellow in the Joan B. Kroc Institute for International Peace Studies:

I do not believe that we have come that far along after five years.A so-called war on terror continues inIraqwhich is exacting a high toll on civilian life and property.The Iraqi people are nowhere near the political stability and normalcy that they were promised by the U.S.-led coalition forces, although they are well rid of a brutal dictator.

The recent showdown between the Lebanese Hezbollah andIsraelproves that theMiddle Eastremains a highly volatile area, greatly susceptible to violence as long as all sides are not equal partners in negotiating their futures.

On a more optimistic note, and speaking as an educator, I think at a more subterranean level we are achieving some progress in educating people, especially our students, about the complexities of the world situation and in encouraging them to take into consideration notions of social and political justice when assigning political and historical guilt.

The Sept. 11 attacks have forced many of us to tackle the misguided notion of a so-called clash of civilizations,which would posit a monolithic Western world against a monolithic Islamic world.Instead, many of us are encouraging our students, and anyone else who will listen,to reflect on the many commonalities and shared history between the two. More academics have been thrust into the public arena feeling obliged to share our expertise about Islam and theMiddle Eastwith the public and with government officials and policy makers, whenever we are given a chance.I like to think that we are slowly but surely making a difference.

We have learned that the Bush administration’s policies are worse than misguided.They have actually underminedU.S.and international security. It is disgraceful that President Bush, Secretary of Defense Rumsfeld and other administration officials are exploiting this solemn anniversary to attack their political adversaries and impugn the motives of those who question their counterproductive policies.

Administration leaders are attempting to divert attention from the fiasco they have created inIraq. They are trying to avoid the fact that, five years after September 11, the worldwide terrorist jihad is stronger than ever, andU.S.policies are despised around the globe.

__ In a 1989 essay called The End of History?, Francis Fukuyama suggested controversially that the end of the Cold War marked the end point of mankinds ideological evolution and the universalization of Western liberal democracy as the final form of human government.Sept. 11 taught us, among other things, that a universal embrace of democratic values, respectful pluralism, and the morality of human rights is a long way off.Perhaps, this side of Heaven, it should not be expected.Ideologies that reject these values and this morality remain a powerful, violent force and a threat to political communities that profess commitments to human dignity and the common good through the rule of law.The challenge for us now is to defend effectively our communities and commitments in a way that does not betray or undermine them.

OnSept. 11, 2001, I wrote an op-ed for Notre Dames student newspaper, the Observer, and the South Bend Tribune in which I said, The silver lining is that our response to this attack will likely help us prevent and defend against possible WMD attacks.As it has turned out so far, the war inAfghanistanwas and is worthwhile and our protection against biological weapons is improved.TheIraqwar has little if anything to do with terrorism, and has hurtU.S.and global security.Our response to Hurricane Katrina shows how woefully we have taken our eyes off preparedness for primary threats.Talk of terrorism and the war on terrorism dominate political discourse, yet now we know that if a nuclear weapon or dirty bomb went off, far more people would perish and suffer than should.Protection of chemical plants, port and border security, prevention of loose nukesand intelligence reform are among various areas where improvements remain poor or dismal.

__ Americans were the victims of a heinous crime onSept. 11, 2001.TheUnited Statesresponded with force.Unfortunately, this country then stepped beyond the law by invadingIraqand unleashing policies of torture and secret detention.But Americans are fundamentally rule-of-law people and now, five years later, the courts and Congress are helping to return theUnited Statesto its traditional role of moral and legal leadership.

The terrorist attacks held a painful irony for those of us who have long campaigned for more dialogue and cooperation among religions. Soon after 9/11, in the interest of condemning violence and explaining Islam, inter-religious activities ascended near the top of the agenda of many religious institutions all over theUnited States. It is critically important that we find ways to transform this solidarity and energy into a powerful, grassroots inter-religious movement for peace.

We peace-loving Muslims—that is, the vast majority of Muslims—have learned that Islamic extremists know how to co-opt the media. It’s not coincidental that the world saw the attacks of 9/11. Publicity is one of Osama Bin Laden’s key weapons.The extremists want to project themselves as the only authentic and privileged voice of Islam.Muslims must speak up ever more loudly against violence, and the media must be responsible enough to make sure we are heard.

The Bush administration has addressed some roots of terrorismby highlighting the destructive ideologies behind Islamic terrorism and launching programs to address chronic underdevelopment, especially inAfrica. Yet its overmilitarization of the war on terror,notably in Iraq, and its mostly uncritical support for Israel and undemocratic Arab regimes have made it easier for Islamic extremists to recruit supporters among those who otherwise would not condone their distorted brand of Islam.