Five faculty from the University of Notre Dame have been named fellows of the American Mathematical Society (AMS) for 2013. Fellows include William G. Dwyer, Julia F. Knight, Mei-Chi Shaw, Andrew J. Sommese and Nancy K. Stanton. They are part of the inaugural class of fellows that includes mathematical scientists from 600 institutions around the world. 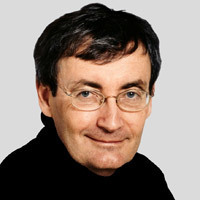 William G. Dwyer is a professor emeritus of mathematics and the William J. Hank Family Professor of Mathematics. His research focuses on homotopy theory, in particular the unstable homotopy theory of Lie groups and related objects. He also works on questions of how algebraic K-theory, in its homotopy theoretic form, interacts with number theory on the one hand and with geometry of compact manifolds on the other. 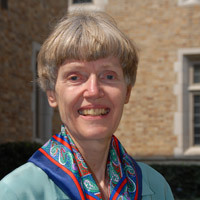 Julia F. Knight is the Charles L. Huisking Professor of Mathematics and the director of Graduate Studies for the Department of Mathematics. Her research interests are in logic and computable structure theory. Initially, her research focused on model theory, working on models of arithmetic and infinitary logic. Gradually, her interests shifted to computability, particularly the relationship between computability and definability in familiar kinds of mathematical structures: linear orderings, vector spaces, etc. She is also interested in abstract problems on the technology used in this area. 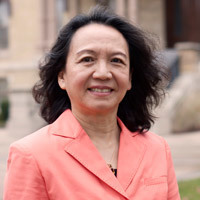 Mei-Chi Shaw is a professor of mathematics. Her research interests are in several complex variables, partial differential equations and complex geometry. She is currently working on the Cauchy-Riemann operator and CR geometry on complex manifolds. Her goal is to understand the geometric aspects of function theory and how the presence of curvature will influence solutions to the Cauchy-Riemann equations on complex manifolds. Her recent research has focused on the interplay among complex analysis, geometric measure theory and topology of Dolbeault cohomology groups. She is the co-author of a well-received graduate textbook titled “Partial Differential Equations in Several Complex Variables.” 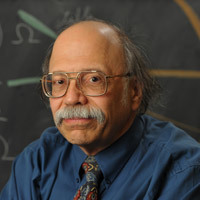 Andrew Sommese is the Vincent J. and Annamarie Micus Duncan Professor in Mathematics, and is part of the Department of Applied and Computational Mathematics and Statistics. His current research centers on using algorithms for the numerical solution of systems of polynomials to numerically solve free boundary problems for systems of differential equations arising in tumor growth models. He has been working with a number of researchers to develop the fundamental algorithms of numerical algebraic geometry, a new subject whose goal is to compute and numerically manipulate the solution sets of polynomial systems, including the positive dimensional components of the solution sets. His group has developed a major software package, Bertini, to carry out these computations. 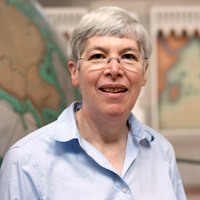 The AMS is the world’s largest and most influential society dedicated to mathematical research, scholarship and education. The AMS President Eric M. Friedlander spoke about the new fellows of the AMS: “Recent advances in mathematics include solutions to age-old problems and key applications useful for society. The new AMS Fellows Program recognizes some of the most accomplished mathematicians — AMS members who have contributed to our understanding of deep and important mathematical questions, to applications throughout the scientific world, and to educational excellence.”

“We are pleased that the American Mathematical Society has selected so many of our distinguished faculty to be named fellows. This designation recognizes the significant contributions they have made to their fields and to the international learning community,” says Greg Crawford, the William K. Warren Foundation Dean of the College of Science.