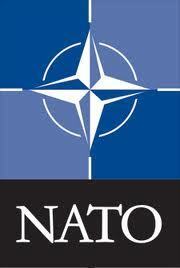 Most of us have become aware of the potential for climate change to lead to such drastic conditions as sea level rise, drought, crop failures and heat waves, but it also has the potential to bring with it extremism, terrorism and authoritarianism.

That is the conclusion of a NATO workshop on climate change, human health and national security in which Harindra Joseph S. Fernando, Wayne and Diana Murdy Professor of Civil Engineering and Geological Sciences at the University of Notre Dame, served as a key organizer and presenter.

The NATO Advanced Research Workshop (ARW) on Climate Change, Human Health and National Security was held recently in Dubrovnik, Croatia, under the sponsorship of the NATO Science for Peace and Security Program. Thirty-two invitees from 17 countries participated in the workshop.

The conference report noted that drought and changing rainfall patterns may exacerbate food and water shortages, especially in the Third World, which is already inflicted with poverty and hunger. This, in turn, may create humanitarian crises such as pandemics, trans-border climate refugees and conflicts, threatening the security of individuals and nations. Citizen demand for essential goods and services may outstrip the ability of governments to meet them, leading to extremism, radical ideologies, terrorism and authoritarianism. 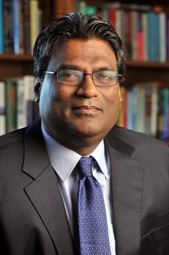 Fernando notes that conference attendees believe that climate impacts will be most profound in urban areas, where environmental degradation is most prevalent, threatening the very sustainability of cities.

“Large (mega) cities are bound to feel the brunt of climate change, and so will be the centers of conflict origination,” Fernando said. “The minimum nighttime temperatures in cities are increasing faster than the global averages, which, together with the ‘urban heat island effect’ makes cities more energy intensive and pollution prone. Poor and at-risk communities are the most vulnerable, and marginalization feeds into existing conflicts and grievances.”

The conference report concludes that the key in facing the socioeconomic and political challenges of climate change is to use key natural resources, such as air and water, as powerful resources for fostering peace and climate change discussion among stakeholders, communities, nations and scientists.

Fernando is an expert in fluid mechanics, specifically in atmospheric and oceanic flows as well as industrial flows involving density variations. At Notre Dame, he is focusing on defense, environment, energy and sustainability issues.