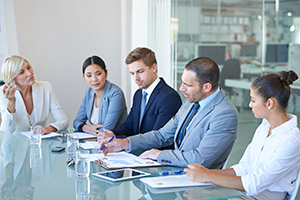 Does female membership on corporate boards impact mergers and acquisitions? As the percentage of females on boards of America’s largest companies has risen from 15 percent in 2005 to 20 percent in 2015, the question is relevant to today’s decision makers.

University of Notre Dame researcher Craig Crossland, management professor at the Mendoza College of Business, and colleagues decided to look into the numbers. After studying almost 3,000 acquisitions between 1998 and 2010, they found that the larger the proportion of women on a board of a U.S. public company, the fewer acquisitions it engages in.

Crossland and his colleagues surmise that increasing the proportion of female directors changes the dynamics of intra-board interactions.

“Groups comprised of distinct categories of people operate differently than groups where everyone shares similar characteristics,” Crossland said. “Diverse groups tend to engage in discussions that are more thorough, more contentious and more likely to identify problems with the topic at hand. Mergers and acquisitions can be beneficial for firms, but at least as often, they can destroy value. We think the boards with higher female representation are more likely to identify these challenges in a given deal, increasing the likelihood that it will be delayed or shelved entirely.”

Crossland emphasized that the researchers are not making any claims that female directors differ from male directors in terms of dispositional tendencies such as risk-taking propensity or openness to experience.

“The research on this is pretty sparse and we think it’s safer to assume that the nature of board-level interactions is different,” he said.

The study, which was co-authored by Guoli Chen of INSEAD Business School and Sterling Huang of Singapore Management University, appears in the Strategic Management Journal. An abstract can be found here: onlinelibrary.wiley.com/doi/10.1002/smj.2323/abstract.