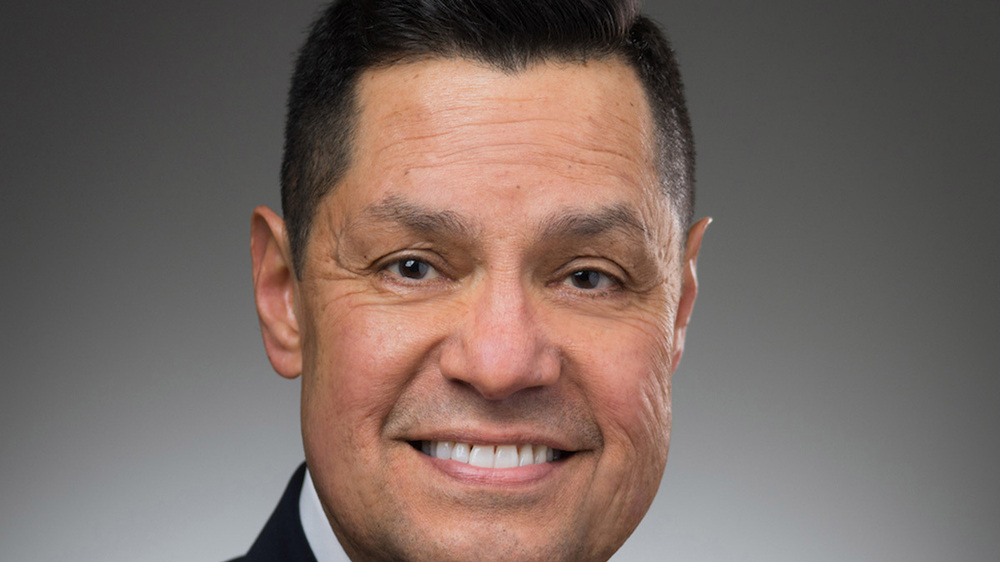 On July 27, Luis Fraga, the Rev. Donald P. McNeill, C.S.C., Professor of Transformative Latino Leadership at the University of Notre Dame, testified via Zoom at the House of Representatives Subcommittee on the Constitution, Civil Rights and Civil Liberties hearing on “The Need to Enhance the Voting Rights Act: Practice-Based Coverage.”

“The practice-based preclearance provision isolates those practices that states have historically used to abridge or deny the right to vote, and it does so without singling out any particular jurisdiction or geographic area,” explained witness Franita Tolson of USC’s Gould School of Law. The preclearance provision required states to allow the Justice Department’s Civil Rights Division to review and approve potentially discriminatory changes to their voting laws.

Congressman Steve Cohen, chairman of the Judiciary Subcommittee on the Constitution, Civil Rights and Civil Liberties, noted that there is a strong relationship between some voting laws and policies — like consolidating or relocating polling places and changing jurisdictional boundaries — and voting discrimination based on race, color or language-minority status. “Moreover, historical evidence demonstrates that when the percentage of the minority racial or ethnic population of a state or county reaches a certain tipping point, there is an increased likelihood that the jurisdiction will engage in a voting rights violation,” he said. “That is, in areas where there is an emerging minority group that, at some point, grows large enough to threaten the existing, white-dominated power structure of the jurisdiction, the risk is greatly heightened that the white-dominated power structure will respond by trying to suppress the ability of members of the emerging minority group to vote.”

Fraga was asked to participate in the hearing based on his expertise regarding voting rights policy as well as the history of Latino politics. He also provided his report “Vote Dilution and Voter Disenfranchisement in United States History” to the subcommittee. In the report, Fraga chronicles myriad attempts to keep different minority groups from voting beginning with the founding of the country, through the 1975 expansion and renewal of the Voting Rights Act.

“What is learned from the history of the U.S. is that without a clear, strong commitment on the part of the federal government, one cannot depend on state and local jurisdictions to protect the voting rights of racial, ethnic, language minority and other historically marginalized voters,” Fraga said in his opening statement.

Thomas Saenz, president and general counsel of the Mexican American Legal Defense and Educational Fund, echoed Cohen’s sentiments, calling preclearance “the most powerful enforcement tool in our history.” He also noted that the Latino community is growing exponentially and that growth will mean that Latino voters will approach numbers where they could, as Cohen described, threaten the existing, white-dominated power structure in those districts. “Too many will see the growth of the Latino community as a threat,” Saenz said.

John C. Yang, president and executive director of Asian Americans Advancing Justice, said restoring and strengthening the Voting Rights Act (by passing H.R. 4) is a top priority for his organization. He underscored the “othering” of Asian Americans and the increase in anti-Asian violence since the beginning of the pandemic. He gave several examples of both negative attitudes toward Asian Americans and of the hurdles they face when attempting to exercise their right to vote. One example he gave was of a Texas legislator at a state house of representatives hearing in 2009 suggesting that Asian Americans “adopt names that are easier for Americans to deal with in order to avoid difficulties imposed on them by voter identification laws.” With the exponential growth of the Asian American population (23 million as of the 2020 census) and an expanding number of Asian American political candidates, Yang said, there is “an increase in racial appeals against Asian American candidates and efforts to erect barriers to the ballot for Asian American voters.”

“This history of voter suppression and efforts like the implementation of at-large elections have occurred in many different parts of the country — targeted at different groups and at different times,” Fraga said. “It’s very important that there be continued vigilance, because every time that vigilance has been removed, every time that enforcement efforts to protect voting rights have been removed, every single time in the history of our country, there has been an equivalent movement to try to limit the voting rights of particular segments of our population. That vigilance I see as being possible and absolutely necessary when we reconsider the nature of Section 4 (of the Voting Rights Act of 1965).”

Bernard Fraga of Emory University, whose research focuses on quantitative analyses of U.S. elections, highlighted an important difference between counties with significant minority voters and those with fewer minority voters.

“Roughly two-thirds of counties where a minority group makes up more than 20 percent of the voting age population have had at least one voting rights-related lawsuit filed against them since 1982,” Bernard Fraga said. “This is about four times the rate we see in counties with a smaller minority population share.”

Republican witness T. Russell Nobile of Judicial Watch disagrees with Luis and Bernard Fraga, Saenz, Yang and other witnesses, calling the John Lewis Voting Rights Act “a remedy in search of a problem.” He asserted that the Department of Justice’s own data do not back up the argument that without pre-clearance, lawsuits would overwhelm the department. Citing rising numbers of minority voters, he claimed that narratives about voter suppression are false and said some are labeling common-sense election regulations as Jim Crow 2.0 “to enflame passions.” Lawyer Bryan P. Tyson, also a Republican witness, said that H.R. 4 is tantamount to injecting the federal government into extremely local issues.

Luis Fraga drew a parallel from the era just before Jim Crow — when more than half a million African Americans voted and elected a significant number of African Americans to national, state and city offices — to today. In what Fraga labeled as “partisan competition,” a series of procedures were enacted after mass voting by African Americans to make sure the number of minority voters never constituted a majority.

“The parallel that I see (today) is that there is great concern that the small margins that characterize election outcomes can be affected by current voter suppression methods,” Luis Fraga said.

Reviving preclearance and other statutes from the Voting Rights Act of 1965 by way of H.R. 4, Fraga wrote in his report, would “enhance the likelihood that all voters will have an equal chance to vote and to cast a meaningful vote. Only then will one of the most fundamental ideals of American democracy have the chance to be realized.”