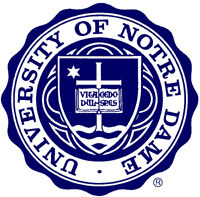 Rev. John I. Jenkins, C.S.C. president of the University of Notre Dame, has made three staff changes in his office, effective over the next month.

“In my inaugural address in 2005, I spoke about a profound rationale for embracing diversity at Notre Dame – a belief that ‘every human being possesses the dignity of being made in God’s image, and every culture reflects God’s grandeur,’” Father Jenkins said. “We have made progress in this area, with our continuing increase in the number of underrepresented students and the creation of our Diversity Advisory Committee and Moreau Academic Diversity Postdoctoral Fellowship Program. I have continued to look for ways in which progress can be sustained and even accelerated. I have worked closely with Frances for over six years and am confident that her leadership in this new position will lead to substantive improvements.” 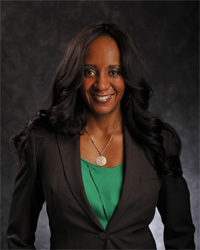 In her new role, Shavers will work in Human Resources to focus on diversity of the staff, convene those who head up diversity efforts with students and faculty, and advise Father Jenkins on ways in which the University can continue to make progress in this area.

Shavers earned her doctoral and master’s degrees in administration, planning and social policy with a concentration in higher education from Harvard University and a bachelor’s degree in sociology from Notre Dame. Prior to working in the president’s office, Shavers worked for Aetna Life and Casualty Co., at Notre Dame in both the Alumni Association and Department of Athletics, and at the University of Southern California. While in athletics, she was instrumental in establishing the Life Skills Program, which is now known as Student Athlete Welfare and Development. During her time in the president’s office, she also has been responsible for supporting the planning for the Notre Dame Forum, serving as a liaison with senior leadership, co-chairing diversity efforts, and helping manage various special projects such as the game-day report initiative. 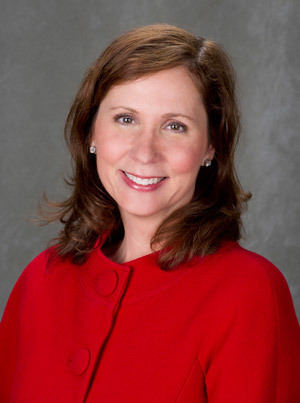 Firth joined the president’s staff last semester after serving for 26 years in student affairs as director of the Office of Residence Life, executive assistant to the vice president and associate vice president. In the latter position since 2004, she was responsible for strategic planning and assessment for the division, ensuring student welfare and safety, managing crisis communications, leading efforts aimed at better integration of academic and student life, and oversight of the Career Center and Campus Ministry. She was instrumental in establishing both the Office of Alcohol and Drug Education and the Gender Relations Center.

Firth earned her bachelor’s and law degrees from Notre Dame and practiced law in Chicago before returning to her alma mater in 1985.

In the Office of the President she will manage the staff; serve as a liaison with the Board of Trustees; work with the Budget Working Group, the Faculty Board on Athletics and the President’s Leadership Council; and plan for the University Commencement Ceremony. She and Shavers will take on their new responsibilities March 5. 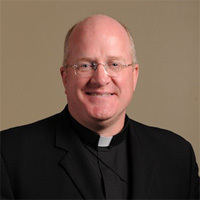 In his new role, Father Lies will take on some key responsibilities previously assigned to the Office of the Counselor to the President, which Rev. James McDonald, C.S.C., led in recent years. He also will coordinate and strengthen the many ways in which Notre Dame serves the Catholic Church, connecting with Church leaders and working to sustain and enhance the critical contribution of the Congregation of Holy Cross to Notre Dame. He also will have specific responsibility for the ecclesial role of the University’s Tantur Ecumenical Institute.

Under Father Lies’ direction for the past 10 years, the Center for Social Concerns doubled its financial and human resources and, together with the Institute for Church Life, relocated to Geddes Hall. He has maintained the center’s longstanding commitment to integrate Catholic social thought and deepen academic disciplinary content throughout programs, seminars, research and courses. He teaches in the Department of Political Science and is a faculty fellow of the Kellogg Institute for International Studies and the Kroc Institute for International Peace Studies.

Father Lies earned his bachelor’s degree in English with minors in French and philosophy from Saint John’s University in Collegeville, Minn. He received his master of divinity degree from Notre Dame and his doctorate in political science from the University of Pittsburgh. He entered the Congregation of Holy Cross in 1987, finished his theological training in 1993, and was ordained a year later at the Basilica of the Sacred Heart.

Father Lies will begin his duties in the president’s office on a limited basis March 19 and continue directorship of the center through June. A search will begin soon for his successor.