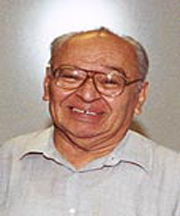 Rev. Gustavo Gutiérrez, O.P., the John Cardinal OHara Professor of Theology at the University of Notre Dame, recently received the Yves Congar Award for Theological Excellence from Barry University in Miami Shores, Fla.p. Father Gutiérrez, a native of Peru and member of the Order of Preachers, was honored for his work as a professor, theologian and author. His book, “A Theology of Liberation,” is considered the foundational text for liberation theology, a largely Latin American movement which calls attention to the Catholic Churchs vocation to resist the oppression of the poor.p. The Yves Congar Award for Theological Excellence, named for the late Cardinal Yves Congar, O.P., recognizes the contributions of contemporary theologians who work, write, teach and move tradition forward to meet current challenges.p. Father Gutiérrezs other books, which have been translated from Spanish into several languages, touch on issues of spirituality and Latin American history. They include, “We Drink from Our Own Wells: The Spiritual Journey of A People,” “On Job: God-Talk and the Suffering of the Innocent,” “The Truth Shall Make You Free,” “The God of Life,” and “Las Casa: In Search of the Poor of Jesus Christ.”p. Father Gutiérrez received the 2003 Prince of Asturias Award for Communications and the Humanities, which honors scientific, cultural and social work conducted internationally by individuals, groups and institutions whose achievements represent an example for mankind.