Ten University of Notre Dame educators were honored with awards at the University’s annual President’s Dinner held May 20. 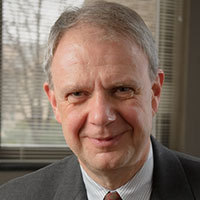 Westerink received the Faculty Award, which singles out a faculty member who has contributed outstanding service to the University. Recognized with the U.S. Army’s Outstanding Civilian Service Award for his work assessing the New Orleans Hurricane Protection System following Hurricane Katrina, Westerink is known internationally for applying his research in computational fluid dynamics and tidal hydrodynamics to real-world problems. But he is just as well-respected for his sincere and energetic commitment to Notre Dame undergraduates, a commitment that has earned him both a Joyce Award for Excellence in Undergraduate Teaching and the College of Engineering’s Outstanding Teacher Award. As Henry Massman Chairman of the Department of Civil & Environmental Engineering & Earth Sciences, Westerink has also provided vision and mentorship for his junior colleagues while having a broad impact on the University by advancing the development of high-performance computing facilities at Notre Dame. 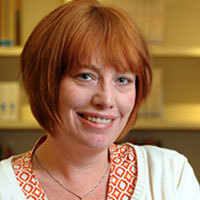 Parker won the Rev. Paul J. Foik, C.S.C., Award for significant contributions by library faculty and epitomizes the model of embedded librarianship by working closely with faculty and students. Assuming a leadership role in the creation of the Seaside Research Portal and the advancement of the rare books collection, Parker has been instrumental in developing resources that have established Notre Dame as a destination for scholars of contemporary classicism and traditional architecture and urbanism. In addition to her support of research and teaching activities within the School of Architecture, during this past year she confronted two unusually challenging situations: managing the relocation of the school’s library collection in Rome to the new Rome Global Gateway facility and responding to a ruptured water line in Bond Hall that flooded the library. Her quick action in the Bond Hall emergency saved irreplaceable materials. 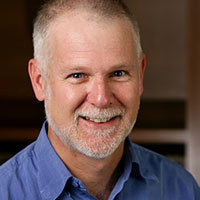 Fallon received the Grenville Clark Award for voluntary activities that serve to advance the cause of peace and human rights. A pre-eminent scholar of Milton known around campus for leading all-day readings of “Paradise Lost,” Fallon has expanded his classroom well beyond Notre Dame to empower some of the poorest in our region. Together with a colleague in the Program of Liberal Studies, he created the World Masterpieces Seminar at the Center for the Homeless in South Bend, bringing the Great Books to the center’s guests in the form of discussion-oriented, one-credit courses. He has also been instrumental in the development and launch of the Westville Educational Initiative, a joint program of Holy Cross College and Notre Dame through which individuals incarcerated at Westville Correctional Facility can take classes and earn credit toward a Holy Cross degree.

Chong Keat A. Lim, associate professor of the practice in the Department of Mathematics 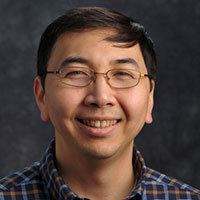 Lim won the Thomas P. Madden Award, which recognizes exceptional teaching of first-year undergraduate students. Lim is a tireless innovator and an enthusiastic promoter of analytical reasoning, a scholar whose personal charisma broadens the appeal of mathematics to even the most skeptical of students. He has said he views teaching math as a “communication art” and is just as passionate about reaching his students as he is about his own research. His approach in the classroom incorporates all manner of media, reflecting his drive to illustrate how math permeates every aspect of modern life, from the arts to science to medicine. A winner of a Joyce Award for Excellence in Undergraduate Teaching in 2012, Lim is universally loved by students, respected and admired by colleagues across campus, and is invaluable as a mentor to younger instructors.

Brother Meyer received the Rev. John Francis “Pop” Farley, C.S.C., Award honoring distinguished service to student life. Known affectionately as Bro Jo, Brother Meyer has served as an integral part of student life since 1997, when he became Knott’s first male rector after it was changed from a women’s to men’s hall. Whether greeting residents with a warm and jolly “Hullo!” or strolling through the dining hall sporting the latest in the hall’s blaze-orange fashion or hunkering down in his room cooking up a batch of his world-famous chili—announced by the requisite “cold day, chili tonight” email—he is committed to creating a Christian community where all can thrive. A Knott resident put it this way: “Brother can be summed up in one word, ‘selfless.’ Everything he does is ordered toward our well-being.” 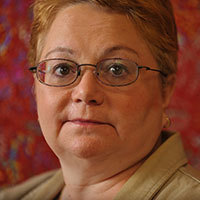 Mahmood won the Reinhold Niebuhr Award, which honors a faculty member or administrator whose body of academic work and life promote or exemplify social justice. Mahmood is one of the world’s leading experts on India’s Sikh population, their push for independence in the 1980s and ’90s, and the human rights abuses they have suffered as a result. In her quest to understand religious motivations for militancy among Sikhs and others, she has conducted ethnographic research in the midst of conflict zones, documenting the stories of victims and fighters alike in the face of threats to her safety and complex ethical dilemmas. Mahmood’s experiences have led not only to compelling books and articles but also to her serving as an advocate for Sikhs deprived of humanitarian assistance, due legal process and just political representation. 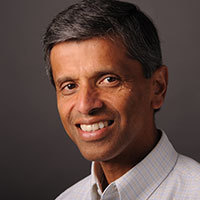 Kamat received the Research Achievement Award. A principal figure in his field, Kamat focuses on building bridges between physical chemistry and material science by developing advanced nano-materials for cleaner and more efficient light-energy conversion. Citations of his work number in the tens of thousands, and in 2011, Times Higher Education ranked him among the top 100 chemists of the previous decade based on citations per paper. In addition, the h-index measure of his research impact recently surpassed 100, a distinction achieved by only the world’s most elite scientists. Kamat has won the American Chemical Society’s Langmuir Lectureship Award and is a fellow of the ACS as well as the American Association for the Advancement of Science and the Electrochemical Society. His international honors include the Chemical Research Society of India Medal and the Honda-Fujishima Lectureship Award from the Japanese Photochemistry Association. 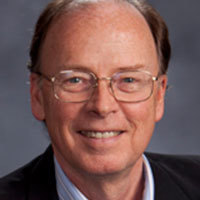 Jensen won the Presidential Award recognizing distinguished service to the University over an extended period of time. Jensen was appointed to the Schaefer chair several years ago based on his record of outstanding scholarship. Yet if you were to ask his colleagues the first word that comes to mind when they think of him, it would likely be “service.” His many contributions in this regard are exemplified by an incredible 13-year tenure as department chair. In this role, he has guided Notre Dame economics through a period of transition to establish what is now a top-quartile department, one whose transformation was recently described as “virtually unprecedented in the profession” by an external review team. “Doing this with a plan so coherent with the University’s mission,” the reviewers added, “makes the accomplishment all the more spectacular.” 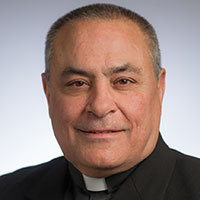 Father Corpora received the Rev. William A. Toohey, C.S.C., Award for Preaching. Father Corpora is a dynamic homilist who commands attention with thought-provoking messages, articulating Scripture in ways that help us to understand God’s love and desire for each of us to experience spiritual growth and salvation. He is particularly devoted to the Latino students on campus, with whom he celebrates Mass weekly, and to the residents of Dillon Hall, where he is an active priest-in-residence despite many days on the road leading ACE’s efforts to make Catholic education more available to Latino communities across the country. Students know Father Corpora as an advocate who empowers them to become leaders in liturgy and in the Church in general.The University is richly blessed by his creativity and boundless energy. 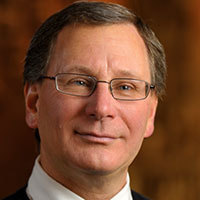 Matovina won the Rev. William A. Toohey, C.S.C., Award for Social Justice. Specializing in U.S. Catholic and U.S. Latino theology and religion, Matovina is the author of the award-winning “Latino Catholicism: Transformation in America’s Largest Church.” This definitive work is becoming the “bible” for understanding the growth trajectory of the American Church, challenging conventional historical narratives—which have tended to focus on the experiences of European Catholic immigrants—while demonstrating his passion for and sensitivity to the religious practice and culture of today’s Latino population. Though busy as executive director of the Institute for Latino Studies and frequently sought-out for speaking engagements and workshops across the country, Matovina is also a generous friend and mentor to many, known for saying “yes” to students and colleagues. He previously has been honored by the Notre Dame student organization La Alianza for advancing knowledge and empowerment of Latino and Latina students and communities.