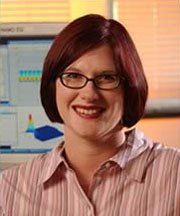 Some academic experiences are built from moments and memories.

Tracy Kijewski-Correa remembers being at her home in downtown South Bend on Dec. 26, 2004, when the television began broadcasting news of a tsunami that hit Indonesia, Sri Lanka, India and Thailand, killing more than 225,000.

I just felt sick to my stomach,says Kijewski-Correa, Rooney Family Assistant Professor of Civil Engineering at the University of Notre Dame.Weve all seen the damage Katrina caused, and how long rebuilding is taking. Imagine, then, the effects of a tsunami on a village where the homes are simple shacks and family members are having breakfast when a tsunami strikes with no warning.

With an eye toward what makes a dramatic lesson, Kijewski-Correa and civil engineering and geoscience colleagues conceived an undergraduate research experience that would help promising engineering students from around the country better decide if graduate study was in their futures. Loss of life at the hands of a disaster turns out to be a powerful motivator.

The summer Research Experience for Undergraduates,Interdisciplinary Studies in Tsunami Mitigation and Impacts,is in its third year, funded by the National Science Foundation. Nine students from Notre Dame and universities such as Virginia Tech, Purdue and Puerto Rico undertook eight weeks of intensive research on campus in preparation for a two-week trip beginning at the end of July to see remnants of the tsunamis impact in Thailand and Indonesia. Unique to this project, the students explore ethical and humanitarian issues alongside science and engineering principles that can aid disaster recovery efforts.

There are a lot of things that can be done when you rebuild,says Kijewski-Correa, who always tells her students,People think doctors are the ones to save lives, but engineers can save lives, too, by building infrastructures that keep people safe.

Some solutions, such as early warning systems, are more related to public policy. But others represent engineering solutions, such as shelters built on stilts and of concrete that can withstand massive flood waters. Many lives were lost to the tsunami because the flat landscape offered no heights that could be scaled to provide refuge until the waters receded.

The Indian Ocean communities affected by the tsunami provide a fascinating lesson in the economics of redevelopment, says Kijewski-Correa.

Things that students think will work often do not in a developing country,she said.

In accompanying the students, Kijewski-Correa made her third trip to the region. In areas that had been tourist attractions, the resorts are underwriting the rebuilding of their properties, and areas where employees might live.

Its the poor fishing villages that have it hard,she adds. Thankfully, several non-governmental agencies have undertaken humanitarian relief efforts and remain on-site to this day in some of the hardest hit areas.

Part of the goal of the summer experience is to determine what affects studentsinterest in graduate studies. Surveyed when they arrive, most students cite family and peers as the main influencers in deciding their future. But following the session, they say their plans are partly shaped by the one-on-one faculty mentoring the summer program provides.

That, and witnessing the potential of engineering students to save lives.