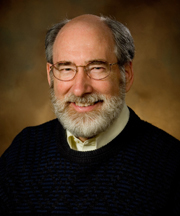 On Oct. 2, 2006, a gunman shot 10 girls in a schoolhouse in Nickel Mines, Pa. The response of the towns Amish community touched and perplexed people around the world.

Donald B. Kraybill, a nationally recognized scholar on Anabaptist groups and Amish life, will retell the story of Amish forgiveness at the annual John Howard Yoder Dialogues on Nonviolence, Religion and Peace at the University of Notre Dame.

Sponsored by Notre Dames Kroc Institute for International Peace Studies, Kraybills talk,Forgiveness&Apology: The Amish, Yoder and Peacebuildingwill take place Friday (Sept. 26) at 11 a.m. in the auditorium of the Hesburgh Center. The talk is free and open to the public and will be followed by lunch and informal dialogue.

Kraybill, distinguished college professor and senior fellow at the Young Center for Anabaptist and Pietist Studies at Elizabethtown College in Pennsylvania, will address key questions about the Nickel Mines tragedy: Was the Amish response to the shooting in fact forgiveness? If not, what was it? And does the Amish response to violence offer creative suggestions for the role of apology and forgiveness in public peacebuilding?

After the talk, Kraybill will sign copies of his book,Amish Grace: How Forgiveness Transcended Tragedy.

The Yoder Dialogues are named in honor of John Howard Yoder, a professor of theology at Notre Dame from 1968 until his death in 1997. Yoders teaching and scholarship profoundly influenced theological discussions about war, social justice and the relationship between church and state. He was a founding fellow of the Kroc Institute, where he initiated courses on war, law and ethics and nonviolence. His books includeThe Priestly Kingdom,What Would You Do?andThe Politics of Jesus.

More information is available on the Web at http://kroc.nd.edu/events/ .