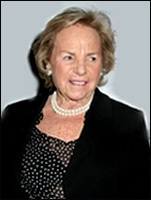 Media Advisory: Credentials will be available beginning at 1 p.m. at Washington Hall

Ethel Kennedy, widow of Sen. Robert F. Kennedy, will speak at Washington Hall at the University of Notre Dame at 2 p.m. Saturday (April 5), 40 years nearly to the day that her husband spoke on campus.

The appearance by Mrs. Kennedy, who has campaigned on behalf of Democrat presidential hopeful Sen. Barack Obama, is in response to an invitation from the University to the campaigns of the three principal presidential candidatesObama, Sen. John McCain and Sen. Hillary Clintonin advance of the Indiana primary May 6.

Not since 1968 have voters in the Indiana primary had the opportunity to play a significant role in the presidential nomination process. During the campaign 40 years ago, Sen. Kennedy spoke at Notre Dame on April 4. He was assassinated two months later.

Beginning in 1952, Notre Dame has issued invitations to the presidential and vice presidential candidates of each party to give the campus and community a firsthand impression of them and their messages. That year, both Dwight Eisenhower and his Democratic opponent, Adlai Stevenson, spoke at the University. Other candidates who have spoken include Richard Nixon, Henry Cabot Lodge, William Miller (a Notre Dame alumnus), Jimmy Carter, George H.W. Bush, Bill Clinton and Joe Lieberman.

Notre Dames president, Rev. John I. Jenkins, C.S.C., plans to continue the tradition of inviting the major party candidates to campus to speak on substantive issues during the general election campaign.