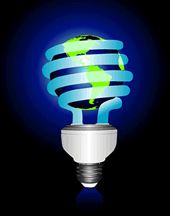 The sixth annual symposium on Notre Dame Environmental Education and Research (NDEER) will be held Wednesday (Oct 10) from 8:15 a.m. to 4:15 p.m. in the Universitys McKenna Hall auditorium.

Sponsored by the Notre Dame Energy Center, the Office of Research, the Seng Foundation Endowment for Market Based Programs and Catholic Values, and Institute for Scholarship in the Liberal Arts, NDEER 2007 will focus on energy and the environment.

Since its inception in 2001, the purpose of NDEER has been to highlight the depth and diversity of environmental research occurring throughout the University and to develop closer ties among the large, multidisciplinary groups of faculty on campus.

Michael J. Mudd, chief executive officer of FutureGen Alliance, a public-private partnership working to build the worlds first coal-fueled, near-zero emissions power plant, was originally scheduled to be a plenary speaker, but will be unable to attend due to an unexpected conflict. Frank Incropera, H. Clifford and Evelyn A. Brosey Professor of Mechanical Engineering and Matthew H. McCloskey Emeritus Dean of the College of Engineering, will deliver Mudds talk.

Ledyard pioneered work on the theoretical foundations and applications of mechanism design and contributed greatly to the understanding of the roles of incentives and information in markets and organizations. His more applied work has included the development of computer-assisted markets for trading pollution rights, managing resources for spacecraft and instrument design, acquiring logistics contracts, and swapping portfolios of thinly traded securities and decision markets.

Ewings research involves issues related to nuclear waste disposal. He also is an emeritus regentsprofessor at the University of New Mexico, where he was a member of the faculty from 1974 through 1997. He will present a featured lecture focusing on nuclear energy issues in the 21st century.

Each guest speaker also will participate in a special breakout session facilitated by Notre Dame faculty and in a moderated panel discussion at the end of the conference.

NDEER 2007 occurs during the Universitys first ever Energy Week, a student-sponsored event promoting responsible energy use and highlighting the energy research occurring on campus. The weeks theme isGet Your Green On.

According to Joan F. Brennecke, the Keating-Crawford Professor of Chemical and Biomolecular Engineering and Director of the Energy Center, it is vital that students understand and participate in finding solutions for the energy challenges they will face. Activities focused on energy education and awareness are planned for each day and include a display of electric cars and hybrid motorcycles, solar charge stations for students to power small electronic devices, a calories-to-kilowatts display, carbon dioxide footprint calculators that students will use to measure their impact on climate change, a wind turbine display constructed by students, information on renewable energy sources, tours of the Notre Dame power plant, and showings of documentaries and energy focused movies such asA Crude Awakening: The Oil Crash,Kilowatt OursandAn Inconvenient Truth.

For more information or to register for NDEER 2007, visit http://energycenter.nd.edu/ndeer2007 .