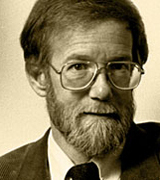 A new book by John Matthias, professor of English at the University of Notre Dame, brings together both short and longer poems from eight previous volumes.p. “New Selected Poems,” from Salt Publishing in England, includes a variety of Matthiaswork spanning several decades – from early lyrics written in the 1960s to meditative and epistolary poems written during the 1970s and80s. It also includes formal experiments engaging issues of poetics and sequences from previous volumes such as “Northern Summer.”p. A member of the Notre Dame faculty since 1967, Matthias specializes in modern British poetry and poetry writing. He has published eight volumes of poetry and has translated and edited other works. His writing has won numerous awards, including the George Bogin Memorial Award of the Poetry Society of America.p.