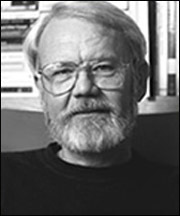 Gerald L. Bruns, William P. and Hazel B. White Professor of English at the University of Notre Dame, has been elected to the American Academy of Arts and Sciences (AAAS).He will be formally inducted at a ceremony in October in Cambridge, Mass.

Founded during the American Revolution by John Adams, John Hancock and others, the AAAS is the nations leading learned society. It recognizes individuals who have made outstanding contributions to science, scholarship, public affairs and the arts.

An internationally renowned scholar and founder of the field of philosophy and literature, Bruns specializes in modern and contemporary poetry and poetics, 20th-century experimental fiction, and the various European and American avant-garde movements that emerged after World War II.His scholarly publications includeOn the Anarchy of Poetry and Philosophy: A Guide for the Unruly,The Material of Poetry: Sketches for a Philosophical Poetics,andTragic Thoughts at the End of Philosophy: Language, Literature, and Ethical Theory.

A recipient of fellowships from the Guggenheim Foundation in 1974 and 1985, and the National Endowment for the Humanities in 1990, Bruns also was a faculty fellow at the Institute for Advanced Study at Hebrew University in Jerusalem in 1985 and at the Center for Advanced Study in the Behavioral Sciences at Stanford University in 1993.He currently serves as the Marta Sutton Weeks Fellow at the Stanford Humanities Center.

A member of the Notre Dame faculty since 1985, Bruns earned bachelors and masters degrees from Marquette University and his doctoral degree from the University of Virginia.