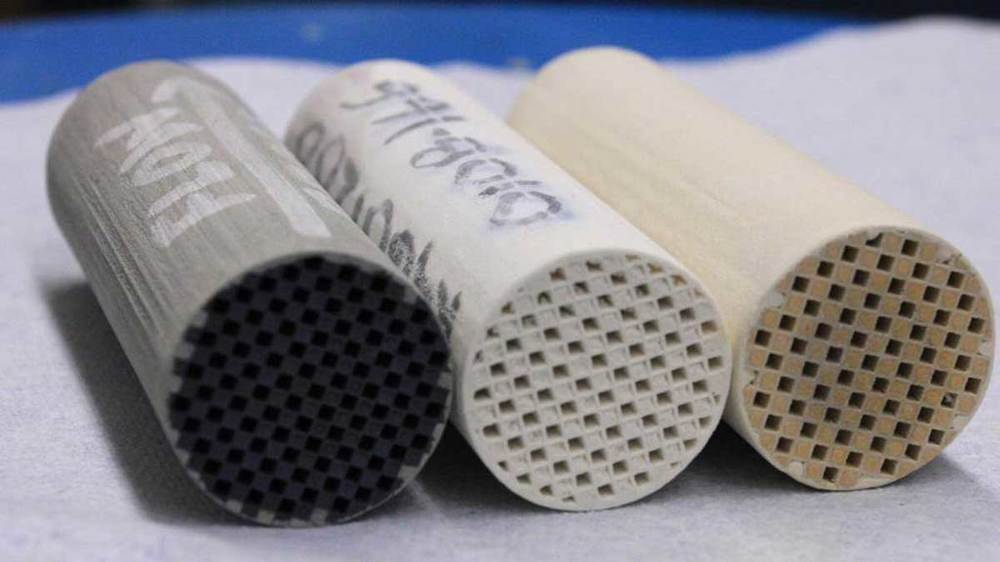 Chemical engineers testing methods to improve efficiency of diesel engines while maintaining performance are getting help from a summer staple: Tiki torches.

A team of engineers at the University of Notre Dame is using the backyard torches as part of an effort to mimic the soot oxidation process in a diesel engine — when soot in diesel exhaust collects in the walls of a particulate filter and has to be burned off — according to a study recently published in Catalysts.

“This study is part of an effort over many years in which we have discovered and developed low-cost catalysts for soot oxidation that are based on silica glass,” said Paul McGinn, a co-lead author of the study and professor in the Department of Chemical and Biomolecular Engineering at Notre Dame.

What they needed was a simple way to simulate real-world driving conditions, including the continuous flow of soot as it passes through a diesel particulate filter.

“We could do it continuously using the Tiki torch, using the Tiki soot as a surrogate for real engine soot,” McGinn said. “Depending on the setting, you really get a lot of soot coming off of it, which is what we want.” The team constructed a sophisticated reactor equipped with soot generator and backpressure sensors, which allows them to control conditions including oxygen rates, air-to-fuel ratios and soot production per hour.

New methods of reducing soot oxidation are of particular interest to manufacturers of diesel engines. Diesel exhaust contains, among other things, soot particles and nitrogen oxides (NOx), with soot being a major contributor to global warming and a cause of breathing problems. The Environmental Protection Agency (EPA) has been working to reduce emissions from vehicles, industrial vehicles, locomotives and ships for more than a decade.

For diesel engine vehicles, the EPA requires both soot and NOx be kept below certain levels but challenges remain to reducing those emissions economically without sacrificing performance. When the engine’s operating conditions are adjusted to emit low levels of NOx, soot levels increase, and vice versa.

A standard diesel particulate filter is a ceramic cylinder with a honeycomb-style structure and porous walls. Every other channel — or opening — of the filter is closed off. As exhaust enters the filter, soot collects along the interior walls as cleaned exhaust passes through.

To burn off soot buildup along the filter walls, exhaust temperatures need to reach 600 degrees Celsius (1,112 F). “When you’re in an urban environment where you’re stopping and starting your engine, the exhaust temperature doesn’t get that hot,” McGinn said.

In some cases, fuel is used to heat up the filter and burn off the soot — a process called active regeneration — which delivers a hit the vehicle’s fuel mileage and requires substantial noble metal (such as platinum) usage.

“Everyone is looking for a low-cost way to get the temperature down,” McGinn said. “In our case, we’ve developed an inexpensive glass coating that’s one to two microns thick and apply it to the diesel particulate filters. The glass delivers a potassium catalyst slowly over 150,000 miles of driving and allows for what’s called passive regeneration. So when you’re out on the highway at high speed, the exhaust temperature gets high enough to burn off soot buildup continuously.”

With Tiki torches providing the soot buildup needed for testing, McGinn said his team will look at how to further tailor the glass composition to also reduce NOx.

Additional co-authors of the study include Yujun Wang and Ashok Kumar at Cummins Inc.