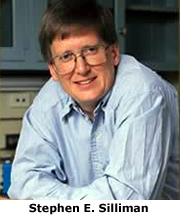 For work that focuses on both the local area and internationally, Stephen E. Silliman, professor of civil engineering and geological sciences at the University of Notre Dame, has won an annual award given by the Universitys Center for Social Concerns and funded by local businessman and former Notre Dame faculty member Rodney F. Ganey.

The Rodney F. Ganey, Ph.D. Faculty Community-Based Research Award each year honors a Notre Dame faculty member who has contributed to the local area through research. This year, the award honors someone who has engaged students in investigations locally, but whose scholarship has centered primarily inBenin,Africa.

Since his arrival at Notre Dame in 1986, Silliman has led engineering students off campus. His students have studied the impact of a local landfill on groundwater supplies and investigated potential challenges in converting land that has been exposed to extensive pesticides and herbicide to a county park or environmental center. With assistance from the National Science Foundation, Silliman developed a field teaching laboratory that allowed undergraduate engineers to learn the discipline of ground water hydrology through application to real field scenarios in northernIndiana. His students currently work with the St. Joseph County Parks to study possible uses for land that the county owns in northeasternSt. JosephCounty.

Since 1997, Silliman has been working inBeninto assist local villages in monitoring and sampling ground water quality, in partnership with a local university. Students have accompanied him in this work for the past five years. One project inBenincenters on finding the sources of elevated nitrates in the south central regions water supply. It became apparent soon after the start of the project in 2004 that the local partners lacked the capacity to sample the wells in the region regularly, a critical component of the project. The effort was refocused to assist local villages to develop and assure maintenance of a sampling protocol.

In 2004, Silliman initiated an educational project between students and teachers inAdourekoman,Benin, and Christ theKingGrade SchoolinSouth Bend. As part of the project, students inBeninandSouth Benddeveloped a video exchange – the video version of pen pals.Students inBeninbegan the project by asking a series of questions of the students in theU.S.Two complete exchanges have ensued.

Silliman also has carried hisBeninresearch into the local high schools in and aroundSouth Bend.In the fall of 2003, for example, he worked with a student fromMarionHigh Schoolon a simple method for measuring nitrate concentrations in water. The high school student studied how best to use the method. She trained a number of her classmates to perform the test, and then assessed their success in correctly measuring. For her efforts, this student won three awards at the 2003-044 regional science fair, and the method she investigated has since been employed on a project inBenin.

Sillimans record of publication is extensive, including fundamental laboratory and field research in ground water science as well as papers discussing the incorporation of his research into his teaching . Recent publications from hisBeninproject can be found in the __ Journal of Hydrology and the Journal of Hydrologic Engineering. Associate dean for undergraduate programs in theCollegeofEngineeringsince 2002, Silliman has received Notre Dames Grenville Clark award for volunteer activities that serve to advance causes of peace and human rights and a Kaneb Teaching Award.He was a Fulbright scholar in 1997-98 inIsrael.