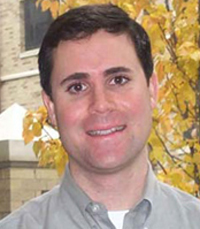 The research of University of Notre Dame economist James X. Sullivan sheds light on how best to measure the well-being of the nation’s poorest families so policies can be crafted to help them.

An associate professor of economics, Sullivan has been interested in domestic poverty issues since he was an undergraduate economics major at Notre Dame. His research on the consumption, income and well-being of families headed by single mothers has been published in the American Economic Review (AER), one of the nation’s oldest scholarly journals in economics.

The paper, which Sullivan co-authored with Bruce D. Meyer, is titled “Changes in the Consumption, Income, and Well-Being of Single Mother Headed Families.”

According to Sullivan, the most surprising result of his research is that the pattern for income-based measures of well-being differs so sharply from the pattern for consumption-based measures of well-being. For the poorest single parent families, income fell sharply while consumption rose slightly during the 1990s. This difference is significant, he notes, because most research on the effectiveness of anti-poverty initiatives focuses on income, which may not tell the full story.

“The most important contribution of the paper is that it provides a better measure of the well-being of poor families,” Sullivan said, noting that the improved measure can lead to a better understanding of the effects of policy.

Published in the December 2008 issue of the AER, the paper already has been cited in congressional testimony on how to improve poverty measurement in the United States. Sullivan hopes policy makers will continue to use the research as they craft policies to improve the lives of the most disadvantaged.

“The AER is without question the most prestigious economics journal in the world—in fact, its dominance of the economics discipline is difficult to overstate,” said Richard Jensen, professor of economics and chairperson of Notre Dame’s Department of Economics and Econometrics. “It is more widely subscribed, read and cited than any other economics journal,” he said, adding that it is very unusual for a faculty member to have work published in the journal so early in his or her career.

Sullivan is a research affiliate of the National Poverty Center at the University of Michigan. He was a recipient of the W. E. Upjohn Institute for Employment Research Dissertation Award in 2003. His scholarly work examines the consumption, saving and borrowing behavior of poor households in the United States, and how welfare and tax policy impact the poor.