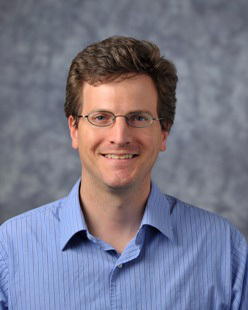 University of Notre Dame economist Joseph Kaboski has been awarded the 2012 Frisch Medal for a paper evaluating the impact of microfinance, widely used as a tool to fight poverty in developing countries.

First awarded in 1978, the Econometric Society presents the Frisch Medal biennially for the best empirical or theoretical applied paper published in the journal Econometrica within the previous five years.

The Frisch medal is not only one of the top three prizes in the field of economics, but also the most prestigious “best article” award in the profession, says Rich Jensen, Gilbert F. Schaefer Professor of Economics at Notre Dame and chair of the Department of Economics.

“Econometrica is the second highest ranked journal in economics and the most important one for the development and application of cutting-edge methodology,” Jensen said. “Joe’s accomplishment demonstrates that modern, mainstream economists not only care about social justice, but also understand that the best way to formulate social policy is to use state-of-the-art methods to determine which policies actually are effective in achieving their objectives.”

Kaboski is the David F. and Erin M. Seng Foundation Associate Professor of Economics in Notre Dame’s College of Arts and Letters and a fellow at the University’s Kellogg Institute for International Studies, where he is involved in the Ford Family Program in Human Development Studies and Solidarity. Kaboski is also an affiliated researcher with the Consortium on Financial Systems and Poverty (CFSP).

He shares the award with his co-author and former professor Robert M. Townsend, who is Elizabeth and James Killian Professor of Economics at the Massachusetts Institute of Technology and faculty director of CFSP. Townsend is the only person to have won the Frisch Medal twice.

Kaboski and Townsend analyzed the Thai Million Baht Village Fund — one of the largest government microfinance initiatives of its kind — to evaluate and understand the benefits and disadvantages of such interventions.

Thailand’s goal was to increase credit and stimulate the economy, using government funds to create nearly 80,000 village banks. Kaboski and Townsend’s study of the program suggests that microfinancing can have varying results for participants and may not be the most cost-effective use of funds for many situations.

The resulting paper, “A Structural Evaluation of a Large-Scale Quasi-Experimental Microfinance Initiative,” ran in the September 2011 issue of Econometrica. The selection committee singled the paper out for “its combination of rigorous theory and careful econometrics to produce important insights into a major development policy.”

Kaboski says he was “simply shocked” to learn that he had won.

“For a little while, I thought maybe it was a friend of mine pranking me,” he says. “It was only after I conferred with my co-author Rob that I believed it was real. He was equally shocked even though he’d won it before.

“I had just been to a conference in Cyprus, and a plenary speaker spoke well of the paper in his talk, so I was hopeful that people were starting to take notice, but this was way beyond any expectation.”

Kaboski, who joined the Notre Dame faculty in 2010, received his Ph.D. from the University of Chicago. His research focuses on growth, development and international economics, with an emphasis on structural change, finance and development, schooling and growth, microfinance, explaining international relative price patterns, and the role of inventories in international trade.

His current research includes several studies that build on the winning Econometrica paper. In one of his projects, Kaboski is working with a Notre Dame graduate student and a former Notre Dame undergraduate student to evaluate a privatized delivery mechanism for microfinance services among the very poor in Kenya, Uganda and Tanzania. “We’re essentially comparing a program where you teach to fish rather than continuing to give fish, and we’re seeing that the entrepreneur method — the teach-to-fish method — is not only more cost effective but more effective overall,” he says.

A second paper, Kaboski says, looks at the potential macroeconomic effects of scaling up microfinance. “This is important because poverty isn’t really solved in a wide-scale way by offering social services but by getting whole countries to grow and develop. We’re showing that microfinance, when offered on a large scale, would be much less effective in leading to aggregate development but much more effective as a redistributive policy, since it would lead to rising wages. These higher wages benefit all the workers, not just people who want to be entrepreneurs.”

With funding from the Kellogg Institute, Kaboski is also working on a pilot project in Uganda this summer that uses a microfinance experiment to understand the demand for microsavings.

“Is most savings meant as a precaution against bad events or are people saving to become entrepreneurs and invest? Like the Econometrica paper, this project is methodologically innovative: combining structural theory with experimental data.”