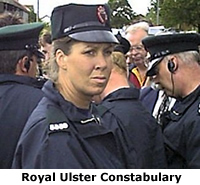 Historians, social scientists, and saloon commentators will continue to quibble over the terms:Religious conflict, sectarian violence, civil war, delirious butchery, revolution, or a cluster of unprintable expletives.Whatever it is that went on and on and spilled so much blood in the north of Ireland between the late 1960s and the cease fires of 1994 is most often described with a peculiarly Irish combination of accuracy and understatement asthe Troubles.

A native of the region, the poet and Nobel laureate, Seamus Heaney, has described it as a time whena dream of justice became subsumed into the callousness of reality, and people settled in to a quarter century of life-waste and spirit-waste, of hardening attitudes and narrowing possibilities that were the natural result of political solidarity, traumatic suffering and sheer emotional self-protectiveness.

Those who want to forget about it can hardly be blamed.

Nevertheless, that wish has been recently and dramatically disappointed by a group of international human rights lawyers led by Douglass Cassel, professor of law and director of the University of Notre Dames Center for Civil and Human Rights.Despite callous reality, they still dream of justice.

The group was convened by Cassel two years ago at the request of the Pat Finucane Center of Derry, a human rights organization named after a Catholic lawyer who was murdered in a sectarian attack in 1989, to investigate allegations that members of the British governments security forces had colluded in sectarian murders inNorthern Irelandduring the 1970s.In addition to Cassel, it included Susie Kemp, an international lawyer based in The Hague; Piers Pigou, a former investigator for the South African Truth and Reconciliation Commission and an advisor to East Timors Commission forReception, Truth, and Reconciliation; Stephen Sawyer, senior counsel at Northwestern University School of Laws Center for International Human Rights; and Thomas Vega-Byrnes, a Chicago attorney.

Last week inBelfastandDublin, the group published a 115-page report on its investigation of 25 incidents of violence resulting in 76 murders inIrelandduring a period from October 1972 to February 1977.The incidents included shooting and bombing attacks on homes, pubs and public areas; shootings and bombings at bogus police checkpoints; the detonation of car bombs; the assassination of a police officer; and an attack on a bus.In 74 of those murders, the lawyers found evidence of collusion by the Royal Ulster Constabulary (RUC),Northern Irelands former police force, and the British armys Ulster Defense Regiment (UDR).

Assessing not only extensive testimony and documents, but also ballistic evidence, the lawyers concluded that by 1973the highest levels of British governmentwere aware that UDR soldiers were colluding in sectarian murders of Catholics and that by 1975 they were aware of similar collusion by the RUC.

Personally, I was shocked,Cassel said when he was interviewed by a journalist from RTE radio inIreland.TheUnited Kingdomhas a reputation around the world as one of the leading democracies. … To come and find that British police and soldiers were involved in murdering people and that this was known by their police commanders and superiors, and that there was information that should have put people at the level of prime minister on notice, is something that I would not have imagined in my wildest dreams.

He added that the families of those who were murdered want to knowwhy were members of their family targeted, and by whom and at what level was it approved?

The report calls for a British government apology to the families of all those murdered, and an investigation of the allegations with independent investigators who would be allowed unrestricted access to all relevant information about the killings, including information held by the British governments MI5 and MI6 intelligenceservices.

These crimes were surely among what Seamus Heaney calledthe most harrowing moments in the whole history of the harrowing of the heart inNorthern Ireland,and perhaps to revisit them is to drive the harrow deeper.But human history, no less than fallow soil, sometimes needs sharp-edged implements to break its unyielding surfaces, needs a keen-bladed plough to bring about something worth the harvest.