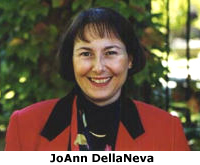 The fundamental aspects of Renaissance literary production are the subject of a new book edited by JoAnn DellaNeva, associate professor of Romance languages and literatures at the University of Notre Dame. Published by Harvard University Press,Ciceronian Controversiesis a volume of The I Tatti Renaissance Library.

DellaNeva examines the two major factions of Renaissance writers, those who imitated onlyCiceros Latin prose and those who were inspired by an eclectic array of literary models, with a compilation of previously rare period texts. The book includes letters by Angelo Poliziano, Paolo Cortesi, Pietro Bembo and Celio Calcagnini, among others.

DellaNeva, who earned her doctorate fromPrincetonUniversity, studies Renaissance literature, with a particular interest in love poetry, Franco-Italian literary relations, women writers, the theory and practice of literary imitation and the phenomenon of European Petrarchism.

A two-time recipient of the National Endowment for the HumanitiesFellowship for College Teachers, DellaNeva was named a faculty fellow by the University’sKanebCenterfor Teaching and Learning in 2002. She is the author of numerous journal articles on Renaissance poets and a book on the French poet Maurice Scève, titledSong and Counter-Song: Scèves Délie and Petrarchs Rime.