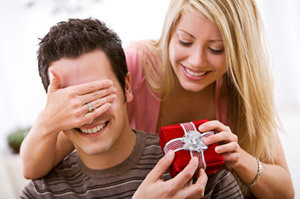 We’ve heard the clichés: “It was love at first sight,” “It’s inner beauty that truly matters,” and “Opposites attract.”

But what’s really at work in selecting a romantic or sexual partner?

University of Notre Dame Sociologist Elizabeth McClintock studies the impacts of physical attractiveness and age on mate selection and the effects of gender and income on relationships. Her research offers new insights into why and when Cupid’s arrow strikes.

In one of her studies, “Handsome Wants as Handsome Does,” published in Biodemography and Social Biology, McClintock examines the effects of physical attractiveness on young adults’ sexual and romantic outcomes (number of partners, relationship status, timing of sexual intercourse), revealing the gender differences in preferences.

“Couple formation is often conceptualized as a competitive, two-sided matching process in which individuals implicitly trade their assets for those of a mate, trying to ﬁnd the most desirable partner and most rewarding relationship that they can get given their own assets,” McClintock says. “This market metaphor has primarily been applied to marriage markets and focused on the exchange of income or status for other desired resources such as physical attractiveness, but it is easily extended to explain partner selection in the young adult premarital dating market as well.”

McClintock’s study shows that just as good looks may be exchanged for status and ﬁnancial resources, attractiveness may also be traded for control over the degree of commitment and progression of sexual activity. 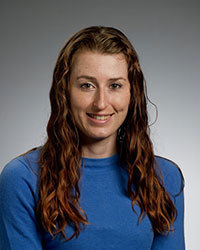 Another of McClintock’s recent studies (not yet published), titled “Desirability, Matching, and the Illusion of Exchange in Partner Selection,” tests and rejects the “trophy wife” stereotype that women trade beauty for men’s status.

“Obviously, this happens sometimes,” she says, pointing to Donald Trump and Melania Knauss-Trump as an example.

“But prior research has suggested that it often occurs in everyday partner selection among ‘normal’ people … noting that the woman’s beauty and the man’s status (education, income) are positively correlated, that is, they tend to increase and decrease together.”

According to McClintock, prior research in this area has ignored two important factors:

“First, people with higher status are, on average, rated more physically attractive — perhaps because they are less likely to be overweight and more likely to afford braces and nice clothes and trips to the dermatologist, etc.,” she says.

“Secondly, the strongest force by far in partner selection is similarity — in education, race, religion and physical attractiveness.”

After taking these two factors into account, McClintock’s research shows that there is not, in fact, a general tendency for women to trade beauty for money.

“Indeed, I find little evidence of exchange, but I find very strong evidence of matching,” she says. “With some exceptions, the vast majority of couples select partners who are similar to themselves in both status and in attractiveness.”