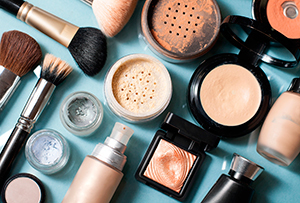 During tough economic times, women engage in the “lipstick effect,” stocking up on cosmetics and beauty products — a simple and familiar way to address their personal economic situation.

The phenomenon has occurred during every major recession in U.S. history and multiple explanations for it have been proposed, but new research from the University of Notre Dame and Bocconi University, for the first time, shows that women’s motivations during these economically challenging times have moved beyond women’s instinctive need for a male provider.

Women are using makeup to get ahead professionally, according to “Strategically Stunning: The Professional Motivations Behind the Lipstick Effect,” forthcoming in Psychological Science from McKenzie Rees, postdoctoral teaching and research associate in Notre Dame’s Mendoza College of Business, and Ekaterina Netchaeva, assistant professor in the Department of Management and Technology at Bocconi University. 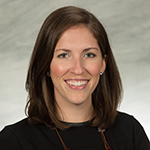 “We show that women use makeup to ensure that they achieve their professional ambitions as well as their romantic ambitions,” she says. “Previous work on the lipstick effect has argued that women only use beauty products to attract a romantic partner. Our work suggests that women not only use makeup as a tool in professional settings, but that they may even prefer it over relying upon a romantic partner for monetary resources that they need to survive in economically challenging times.”

Among the studies they conducted for this article, the researchers surveyed an employed sample of U.S. women to understand the nature of the relationship between economic difficulty, professional and romantic goals, and their makeup preferences. The experiment demonstrated that women who are concerned about the economy are interested in obtaining the needed monetary resources through a combination of a romantic partner and favorable impressions in the workplace — the goals they attempt to achieve through makeup use.

In other experiments, the researchers employed samples of both employed and unemployed U.S. women. They asked women to either assess their concern for the economy or read articles with varying suggestions that the economy was headed toward a recession. Then, participants were asked to choose between products that promised to make them more appealing to men or products that promised to improve their professional image. Results showed that when women were concerned about the declining economy, they were more likely to prefer products that improved their professional image, even when such products explicitly stated that they would not also help their appeal to men.

“Our research demonstrates that women who are concerned about their economic situation no longer look to a man to alleviate their concern,” Rees says. “Rather, they are willing, and even prefer to take the matter into their own hands and improve their economic situation on their own. Women have recognized that enhancing their appearance can help them in this pursuit, and thus seem to favor improving their professional appearance over their romantic attractiveness, which suggests they are more motivated to obtain resources through a job than through a partner.”

Rees’ research focuses on areas related to ways in which various roles in an organization influence ethical behavior, ethical decision making in competitive contexts and the obligations and responsibilities that individuals feel in high-profile roles.