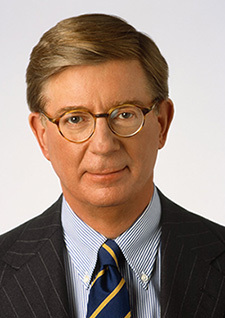 Pulitzer Prize-winning columnist George Will will discuss “Reflections on the Current Political Landscape” on Oct. 12 (Friday) at 3 p.m. in the Jordan Auditorium of the Mendoza College of Business at the University of Notre Dame. The presentation is free and open to the public. Seating is limited and people interested in attending the lecture are encouraged to arrive early.

With an illustrious career in journalism spanning four decades, Will began as a political columnist for the Washington Post in 1974, writing about foreign and domestic politics and policy. His syndicated column now runs in more than 400 newspapers around the country. In 1976, Will started his bi-weekly column for Newsweek, and currently, he serves as a contributing analyst with ABC News and has been a regular member of ABC’s “This Week” on Sunday mornings since the show began in 1981.

Will was awarded a Pulitzer Prize in 1977 for distinguished commentary, and a year later, received a National Headliners Award for his “consistently outstanding special features columns” appearing in Newsweek. A column on New York City’s finances earned him a 1980 Silurian Award for Editorial Writing, and in 1985, The Washington Journalism Review named Will “Best Writer, Any Subject.” His books include “Restoration: Congress, Term Limits and the Recovery of Deliberative Democracy” (1992); “Men at Work: The Craft of Baseball” (1989); and “Statecraft as Soulcraft” (1983).