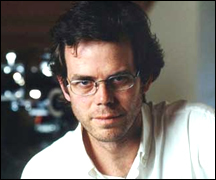 Andrés Wood, director of the acclaimed film “Machuca,” will visit theUniversityofNotre Dame Sept.16 to 21 (Friday to Wednesday) for a series of film screenings and classroom discussions.

“Machuca” was an official selection in the director’s fortnight at the 2004 Cannes Film Festival andChile’s official selection for the 2005 Oscars. The film explores issues of class, society and democracy inChilethrough the story of two young boys who live inSantiago- one in a wealthy neighborhood who attends an elite private parochial school, the other living just a few blocks away in an illegal shantytown. When the headmaster decides to admit children from poor families into the elitist school, the two boys become friends, leading to discoveries and surprises.

“Machuca” was released last year and is the third feature film for Wood, whose other works include “La Fiebre del Loco (Loco Fever)” and “Historias de Fútbol (Football Stories),” for which he received the Best Director Award at the Huelva Film Festival and special honorable mention for best debut director at the San Sebastian Film Festival in 1997. A graduate of the Universidad Católica de Chile, Wood also studied film atNew YorkUniversity.

There will be screenings of three of Wood’s films at Notre Dame. All are free and open to the public. Tickets, which are required for all screenings at theDeBartoloCenterfor the Performing Arts, are available at the center’s ticket office or by calling 574-631-2800.

The schedule is as follows:

Wood’s visit is sponsored by the University’s Office of the President, College of Arts and Letters, Departments of Romance Languages andLiteratures, Film , Television, and Theatre, Kellogg Institute for International Studies, and the Performing Arts Center.