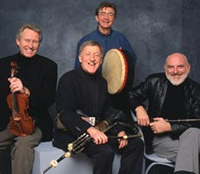 The first performance, which will take place March 2 (Thursday) in the Leighton Concert Hall of the performing arts center, is sold out. Two weeks later, the groups will reunite at Carnegie Hall for a St. Patrick’s Day concert March 17 (Friday), featuring a variety of works, including music composed by Chieftains founder and singer, Paddy Moloney.

Tickets for theNew Yorkperformance are available by calling the Carnegie Hall ticket office at 212-247-7800.

Conducted by Daniel Stowe since 1995, the Notre Dame Symphony Orchestra is an ensemble of more than 60 undergraduates, graduate students and faculty. Past tours include a visit to Southern California last winter, where the group performed concerts in numerousLos AngelesandOrangeCountyvenues.