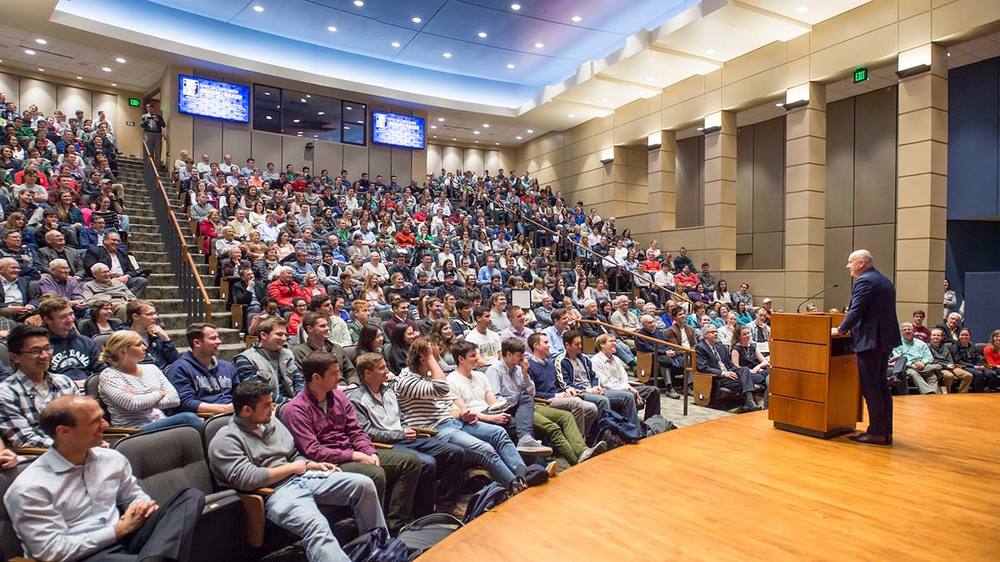 Top executives from organizations ranging from Chick-fil-A to the Chicago Cubs will speak as part Boardroom Insights, an annual speaker series hosted by the University of Notre Dame’s Mendoza College of Business.

Boardroom Insights presents top executives from some of the largest companies in the nation speaking about current trends in their industries, as well as their personal career paths. Lectures, which are free and open to the public, are held on select Fridays from 10:40 a.m. to 12:10 p.m. in Mendoza’s Jordan Auditorium.

The schedule to date includes:

Additional speakers may be added to the Boardroom Insights Series at a later date.

The series is sponsored by the Eugene Clark Distinguished Lecture Series endowment. For more information about Boardroom Insights 2017, visit mendoza.nd.edu or contact program manager Jean Meade at Jean.Meade@nd.edu or 574-631-3277.

Creating pathways to the C-suite for minorities and women