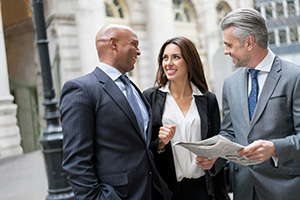 Recent studies have examined the ways in which CEOs’ political ideologies influence their firms’ strategies, but new, first-of-its-kind research from the University of Notre Dame shows that corporate directors’ conservative or liberal leanings influence their decisions about CEO pay and the extent to which CEOs should be rewarded and penalized for firm performance.

In “The elephant (or donkey) in the boardroom: How board political ideology affects CEO pay,” forthcoming in Administrative Science Quarterly, Adam Wowak, assistant professor of management at the University of Notre Dame’s Mendoza College of Business, and co-author Abhinav Gupta from the University of Washington show that conservative boards (as compared with liberal boards) generally pay their CEOs more and are more likely to consider recent firm performance when determining CEO compensation.

The researchers used publicly available political donation data to assign liberalism-conservatism scores for directors serving on S&P 1500 company boards, and examined annual CEO pay for a sample of more than 4,000 CEOs from 1998 to 2013.

Integrating research on corporate governance and political psychology, the authors theorized that conservative and liberal directors will differ in their prevailing beliefs about how much CEOs matter for firm profitability and survival. These differences should color their views about the appropriate amounts CEOs should be paid and, relatedly, the degree to which CEOs should be rewarded or penalized for recent firm performance. 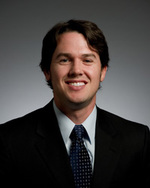 According to Wowak, “Our main idea was that conservative- and liberal-leaning boards will differ in the importance they place in the CEO position, as prior research has shown that conservatives are, by and large, more likely to attribute outcomes to person-based factors as opposed to situational factors. To the extent that conservative boards perceive that CEOs are more important to firm success, they should pay them more.”

Wowak says this same reasoning should compel conservative boards to assign CEOs more credit (or blame) for good (or poor) firm performance, a result of which is that their CEOs’ pay will depend more heavily on recent performance.

Wowak specializes in strategic management and corporate governance, with an emphasis on top executives and their effects on firm outcomes. In addition to studying the causes and consequences of executive pay, he also examines how the individual characteristics of corporate leaders manifest in what firms do and how they do it.