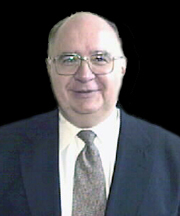 Theologian Rev. Michael Himes will open the 25th anniversary year of the University of Notre Dames Center for Social Concerns (CSC) at 7 p.m. Thursday (Sept. 13) in 101 DeBartolo Hall with a lecture titledCommunion and Solidarity.

A priest of the diocese of Brooklyn, Father Himes is a professor of theology at Boston College.He was involved in the early years of the CSCs history while serving on the Notre Dame faculty from 1987 to 1993. He is the author of numerous books, includingDoing the Truth in Love: Conversations about God, Relationships, and ServiceandFullness of Faith: The Public Significance of Theology.He also has produced a video series,The Mystery of Faith: An Introduction to Catholicism.

To reaffirm its commitment to the common good worldwide, the Center for Social Concerns chosesolidarityas the theme for its silver anniversary year. Since the center opened in 1983, more than 15,000 undergraduate students have participated in its courses and programs, taking an active role to contribute to the communities in which they serve.

Through the efforts of the centers faculty and staff, Notre Dame has been recognized nationally for offering one of the leading service-learning programs in the country. It also is becoming increasingly known for its work to advance the field of community-based research.

Other events planned for the 25th anniversary year include a lecture by former Irish President Mary Robinson, a lecture by Harvard sociologist William Julius Wilson, concerts celebrating the music and culture of Appalachia and Uganda, a student conference, and the Solidarity Film Series.

The center will celebrate its 25th anniversary formally on April 18 and 19 with alumni reunions, a lecture by Archbishop Diarmuid Martin, Mass at the Basilica of the Sacred Heart, and a blessing of the Geddes Hall building site it will share in the future with the Institute for Church Life.