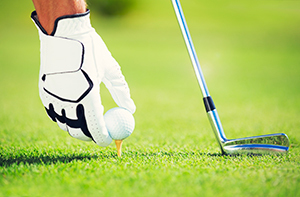 From the middle-school child considering the premier brands of soccer shoes, to the college graduate weighing which graduate test prep course to take, a common marketing message from consumer brands is “you will perform better with us.”

In a new study, Frank Germann, of the Department of Marketing in the University of Notre Dame’s Mendoza College of Business, and colleagues Aaron Garvey of the University of Kentucky and Lisa Bolton of Penn State University examine if such performance brands can cause a placebo effect.

“Superior materials, craftsmanship, design or other components of the product can certainly help performance in some cases,” Germann said. “However, in our research, we hold the product constant and instead examine whether the mere belief that a particular brand is effective at enhancing performance can actually improve performance objectively.”

The researchers conducted several experiments to determine if there is a placebo effect. In one study, they invited participants to take part in a market research study about a new golf putter.

In another study, the researchers invited participants to take part in a math test. 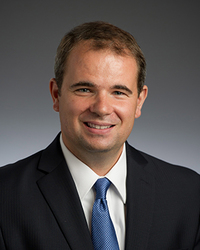 The researchers found that not everyone benefits equally from the performance brand placebo. The effect is strongest among people who are novices in the respective task, such as golf putting or math tests, whereas experts receive little or no boost.

The researchers also found that simply being prestigious is not enough for a brand to elicit a placebo effect.

“The brand needs to be perceived as capable of improving performance in a given task,” Germann said. “For example, we found that participants who were told that they we going to putt with a Gucci putter, a prestigious brand but not a performance brand, did not do better than those who did not know about the brand of the putter, while those using the Nike putter performed better than both groups.”

“Ironically, our studies also indicate that consumers do not typically credit the brand with the performance gain, but rather themselves,” Germann said. “This finding provides an interesting paradox for brand managers who would likely desire some of the credit for the benefit their brands provide to consumers.”

The study will appear in the Journal of Consumer Research. It can be found here: http://jcr.oxfordjournals.org/content/early/2015/12/28/jcr.ucv094.