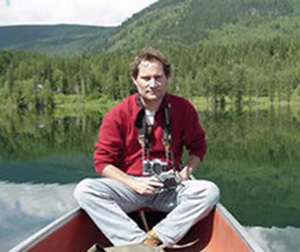 In one section of the Lithic Lab in the basement of Flanner Hall, a half-dozen piles of chipped rock litter the floor from students learning to make obsidian tools from the Neanderthal Age. In another area, students study life during the Irish Famine through examination of pottery, coins and clay pipes unearthed last summer beside an abandoned home on an Irish island.

This lab space is the fourth that archaeologist Ian Kuijt has used in 14 years at Notre Dame – and the first in the same building as his sixth-floor office.

“I’m lucky to have a lab in this building (Flanner),” Kuijt said. “Most of the labs are out past the Notre Dame Credit Union. And classes are all the way on the other side of campus. Distance right now is a barrier.”

A wide dispersal across the campus inhibits efforts to further build the Department of Anthropology, which is one of the most popular undergraduate majors in the College of Arts and Letters and has recently launched a doctoral program. Kuijt said bringing their classrooms, offices and labs into a single building would have a significant impact on productivity, student-faculty interaction and research collaboration.

“I could walk down the hall and ask (bone specialist) Sue Sheridan about a sample we found,” he said. “Students in the lab could drop by my office for guidance on their work. Integration of lab, teaching and office space opens a lot of doors.”

Kuijt and his fellow anthropologists will soon get their wish. The east building of the Campus Crossroads project will provide classrooms, offices, laboratories and a student lounge for the Departments of Anthropology and Psychology. Construction is expected to start in November and be finished in 33 months. 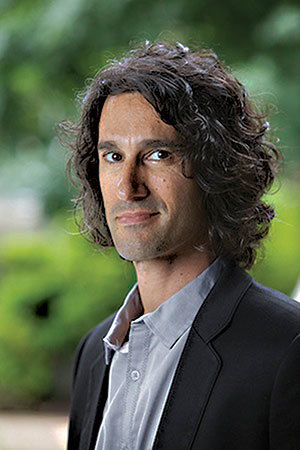 “This new facility is going to allow us to have this social nexus that is also an intellectual nexus,” said Agustin Fuentes, the department chair. “We’re going to get together and think together and use what anthropology has in the context of the Notre Dame environment to go out and change the world.”

Fuentes said anthropology – the study of humans and human behavior – is a naturally interdisciplinary field that overlaps with elements of biology, sociology, psychology and cultural studies. The opportunity for expanded facilities coincides with the growing space needs of his department.

Fuentes called Campus Crossroads “an audacious plan” that could happen only at Notre Dame, where the combination of athletics, academics, social and spiritual life creates “an amazing synergy.”

“We’re known for our football, for our prowess in sports,” Fuentes said. “But we’re also known for our academic excellence, for our innovation, and maybe for our fearlessness in pushing forward the academic and intellectual boundaries. So what better place to do this?”

The Department of Anthropology’s mission is a multidimensional inquiry into what it is to be human – past and present, nearby and distant. Building bridges between humanistic and scientific approaches, the program seeks to integrate theory and application as well as teaching, research and ethics. The research and doctoral training program emphasizes the integration of the major anthropological subfields: archaeology, and sociocultural, biological and linguistic anthropology.

Kuijt’s research in Ireland offers a good example of cross-disciplinary research. For the last eight years, he has led a team of students that has been excavating, mapping and studying life on a western coast island where the population dwindled over centuries until the last two dozen inhabitants left in 1960.

The students pursue various projects attempting to understand the Irish past and present through archaeology, emigration patterns, surviving records and oral history. Because modern conveniences such as electricity and running water never made it to the island, the well-preserved homes are a window into 18th-century Irish life.

The pottery and other items currently under examination in the Lithic Lab are helping Kuijt and the students piece together the cultural traditions of Irish wakes. And since Kuijt attended an island wake this year, he can compare past and present practices. He said a bigger lab and better access to the students working on the projects will definitely improve productivity.

The process Notre Dame used to decide which departments would move into the new facilities was a deliberate one. The University formed a committee of faculty and space management experts to collect and vet proposals for academic occupants of the Campus Crossroads project.

Many proposals were received from the colleges and schools and culled from the existing strategic plans of the University, colleges and schools. Each proposal was carefully examined by the committee and a team of architects and building consultants to determine which provided the best uses for the Crossroads space and best reflected the existing priorities in the University Strategic Plan.

Notre Dame is investing in the infrastructure to support all the social sciences, an area of growing scholarship in the University that addresses many of society’s most pressing questions and concerns. The new location for the Departments of Psychology and Anthropology will also bring them both in closer proximity to the University’s new social sciences and international studies buildings: Jenkins Hall and Nanovic Hall.

The growing research and scholarship of academic departments has in recent years created a severe space shortage. As the needs of faculty and students for more—and more up-to-date—research and classroom space continues to intensify, the University can use spaces opened up by the Campus Crossroads project to move, expand or upgrade other academic programs and facilities across the entire campus. Supporting these projects and student engagement with research is a top University priority.

“Imagine real research going on all in one location, where there are teaching labs and instruction, and where the faculty and students can have coffee and mix and mingle,” Fuentes said. “That’s what we need and that’s what we’re going to get with this new facility.”